President Trump, who has accused his political rivals of a widespread campaign of voter fraud involving mail-in ballots in key battleground states, tweeted Friday that Democratic candidate Joe Biden would only be able to become president if he could "prove that his ridiculous '80,000,000 votes' were not fraudulently or illegally obtained." 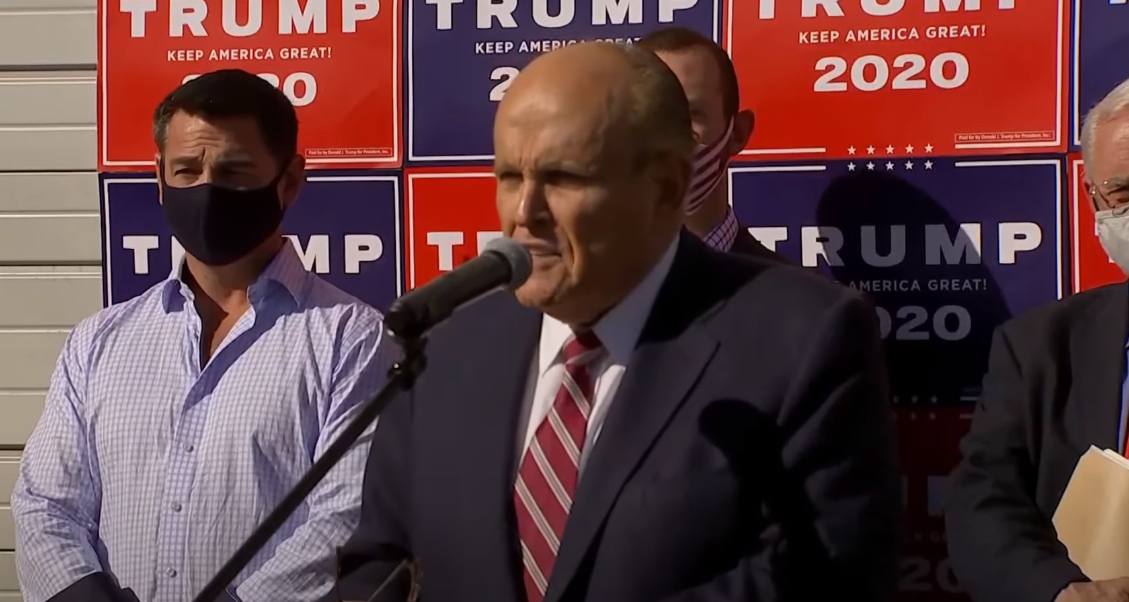 The United States Court of Appeals for the Third Circuit in Philadelphia, Pennsylvania has struck down the Trump campaign's request to block Joe Biden from being certified the winner of the state, stating that the campaign failed to provide sufficient proof of its allegations.

The campaign does not deserve an injunction to undo Pennsylvania's certification of its votes, the court indicated, because the campaign's claims "have no merit" and "the number of ballots it specifically challenges is far smaller than the roughly 81,000-vote margin of victory."

As for the campaign's allegations regarding widespread fraud involving mail-in ballots, the court determined that "tossing out millions of mail-in ballots would be drastic and unprecedented, disenfranchising a huge swath of the electorate and upsetting all down-ballot races too. That remedy would be grossly disproportionate to the procedural challenges raised."
Accordingly, the court ruled to deny the campaign's motion for an injunction pending appeal.

The ruling also took on two of the Trump campaign's central charges relating to suspected vote fraud: the absence of access for Republican election monitors to observe vote counting and the hand-correction of mail-in ballots that have been deemed invalid.

"The ballots here are governed by Pennsylvania's election law. No federal law requires poll watchers or specifies where they must live or how close they may stand when votes are counted. Nor does federal law govern whether to count ballots with minor state-law defects or let voters cure those defects. These are all issues of state laws, not ones that we can hear," the ruling indicated.
The ruling was written by a three-judge panel headed by Judge Stephanos Bibas, who was appointed to serve as a United States circuit judge by President Trump in June 2017.

"I hope it's going to be a fair election. If it's a fair election, I am 100 percent on board. But if I see tens of thousands of ballots being manipulated, I can't go along with that," Trump said at the time.

The Trump campaign legal team presented the first of its evidence of alleged large-scale vote fraud last week, citing what it alleged was a coordinated, "centralized" campaign of manipulation to rob Trump, and citing sworn affidavits and "hundreds of witnesses" of suspected wrongdoing. The allegations appeared to have been partially derailed by attorney Sidney Powell's claims that "communist money" from Venezuela, Cuba and possibly China was involved in a plot centered around Dominion voting machines. However, the Trump campaign announced Sunday that Powell was not a member of the Trump legal team and not a lawyer for the president, and was "practicing law on her own."

President Trump continues to refuse to concede to Biden, but the White House has reportedly begun taking steps in that direction. On Thursday, Trump said he would agree to vacate the White House if the Electoral College certified Biden as the winner, but added that he would consider such a decision a "mistake." He also suggested that the US's electoral system had come to resemble that of a "Third World country."