Donald Trump has left a letter in the Oval Office for new President Joe Biden, in a tradition that goes back decades. 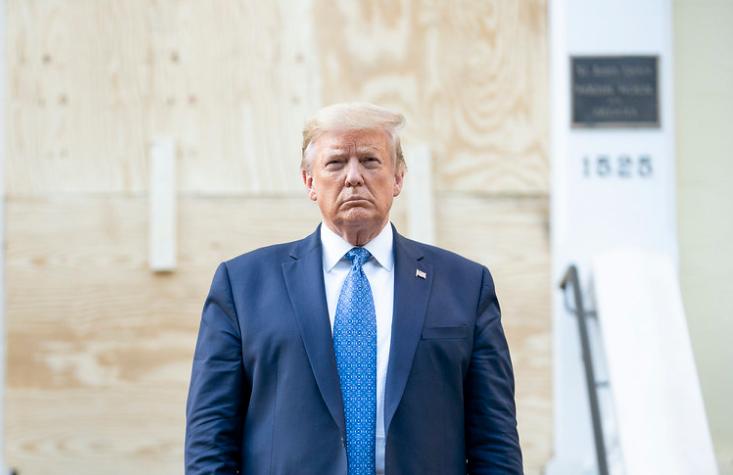 Traditionally outgoing US leaders leave a note for their predecessor but it was unclear if Mr Trump would follow suit.

After vowing not to attend the inauguration, and with no love lost between the politicians, it was unclear what Trump would do.

But insiders say Trump has left a note on the desk in the Oval Office for President-elect Biden.It is not yet know what the note says, but Biden will see it soon after he becomes President after saying he will go straight to the Oval Office rather than the residence, in order to start work immediately.

According to CNN in America, First Lady Melania Trump has also left a note for incoming First Lady Jill Biden, despite not inviting her for a tour of the White House as has become tradition.

The friendly notes of previous transitions are said to offer a glimpse into the mindset of each president having served, now handing off that power to another person, often from the opposite party.George Bush wrote to Bill Clinton and said: "I'm rooting for you."

And eight years later, Clinton wrote to Bush’s son, incoming President George W. Bush "from this day you are President of all of us. I salute you and wish you success and much happiness".

President Obama was welcomed to his new job by George W with the message, which warned of "trying moments" but added that the support of "a country that is pulling for you, including me".

The world waits to see what kind words of wisdom Trump will leave for Biden.

President Trump left the White House via Marine One for the last time with wife Melania at his side.

He then flew to Joint Base Andrews where he and Melania addressed the crowd before taking off in Air Force One for Florida.

President elect Biden will take the oath of office  to become the 46th President of the United States.