The United States has imposed sanctions on Russian officials and businesses as part of a growing row over the imprisonment of opposition figure Alexey Navalny, President Joe Biden’s administration told reporters on Tuesday. 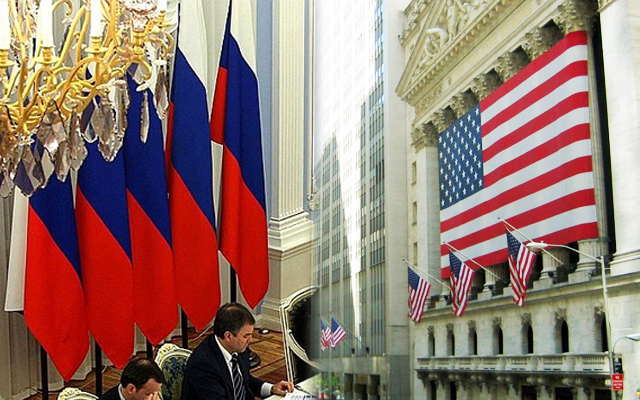 Speaking to journalists during a conference call, a spokesperson said that the new measures had been introduced as part of a coordinated move with the European Union. Brussels also announced a package of penalties on Tuesday against Russian officials it deemed responsible for Navalny’s arrest and for “human rights” abuses during the policing of subsequent protests.

The list of officials that will now face restrictions imposed by Washington includes Aleksandr Bortnikov, Director of the Russian Federal Security Service (FSB); Aleksandr Kalashnikov, Federal Penal Service head; and Prosecutor General Igor Krasnov.Sergey Kiriyenko, the former Russian prime minister who now works as a deputy head of the presidential administration, also made the list, as did Andrey Yarin, head of the administration’s internal policy department.

The latest addition to the US sanctions list includes Generals Pavel Popov and Aleksey Krivoruchko, who are deputy defense ministers. Three Russian scientific institutions were slapped with restrictions as well, including two military-linked research centers and the State Research Institute of Organic Chemistry and Technology.

Those affected are, Washington says, engaged in “the production of biological and chemical weapons," as well as “activities that are contrary to US national security and foreign policy interests.”

Likewise, American sanctions are reportedly expected against 14 separate organizations which will face export bans and other sanctions. While nine are Russian businesses, three are based in Germany and one is in Switzerland.

An unnamed official told reporters that “the United States is neither seeking to reset our relations with Russia, nor are we seeking to escalate.”“We believe that the United States and our partners must be clear and impose costs when Russia’s behavior crosses boundaries that are respected by responsible nations, and we believe there should be guard rails on how these adversarial aspects of our relationship play out,” the spokesperson said.

Russia’s Foreign Minister Sergey Lavrov said on Tuesday that the Western measures are “illegitimate and unilateral, of the kind our American colleagues, and the EU members who follow their example, almost always resort to without any reason.”