US President Joe Biden said he would be “happy” to field live questions at the tail-end of a virtual event, but was swiftly cut off when the White House inexplicably dropped the video feed, leaving some viewers bewildered. 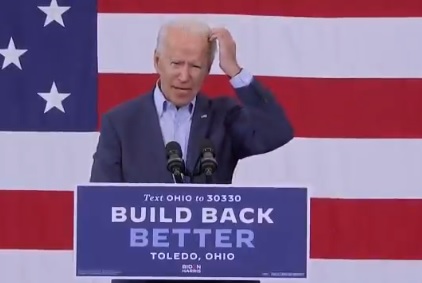 “I'd be happy to take questions if that's what I'm supposed to do, Nance. Whatever you want me to do,” Biden said to House Speaker Nancy Pelosi as the Democratic “Virtual Issues Conference” wrapped up on Wednesday night. But after a brief pause, the feed was brusquely taken offline.

"I'm happy to take questions if that's what I'm supposed to do, Nance, whatever you want me to do"

Joe Biden tried to take questions and the White House shut down the feed 👀 pic.twitter.com/CzA4Cao0Rf

While Biden appeared somewhat confused about whether a live Q&A was in store for the event, critics have suggested the White House ended the feed to keep him from ad-libbing his answers, as he’s been prone to gaffes during unscripted – and sometimes scripted – statements in the past.

IS HE BEING PROTECTED ??

This is NOT a parody. ⁦@JoeBiden’s handlers are stepping up their game.⁩

This is pretty amazing.

Obviously that was not the game plan because the White House went right to a graphic instead.

Not sure what went on here, but it looks like a real fear of unscripted Biden.
pic.twitter.com/cvogy5mjft

Biden addressed fellow Democrats for Wednesday’s virtual sit-down, co-hosted by Speaker Pelosi, discussing issues ranging from the Covid-19 pandemic and the vaccine rollout, as well as the economy and how the party can “restore faith” in the US government.