The Saudi-led coalition announced on March 5 that it had thwarted an attempt by the Houthis (Ansar Allah) to launch a drone attack on Saudi Arabia. 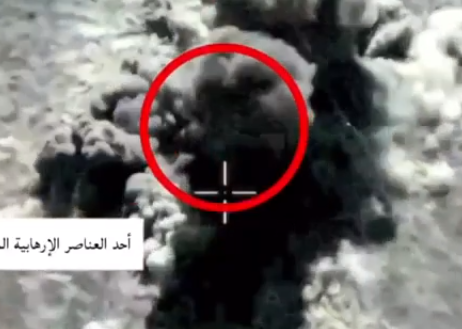 In a statement, the coalition said that its warplanes had struck a unit of the Houthis that was about to launch a Qasef-type suicide drone at the Kingdom. The coalition shared footage of the successful aerial operation.

The coalition noted that Houthi fighters were wearing civilian cloth and using civilian vehicles while they were preparing to launch the drone.

Over the last few weeks, the Houthis have carried out many drone and missile attacks on Saudi Arabia. The targets were in the Kingdom’s southern and western regions as well as in the capital, Riyadh.

The most recent attack was announced by the Houthis early on March 6. Two Qasef-2K drones were launched at King Khalid Air Base in the southern Saudi province of ‘Asir. According to the Saudi-led coalition’s claims, both drones were intercepted.

The Qasef-1 and 2K are copies of the Iranian Ababil-2 drone. Both variants have a range of 150 km. The 2K is, however, equipped with a high-explosive fragmentation, HE-FRAG, warhead that explodes 20 m over the target.

Despite some successes now and then, the Saudi-led coalition remains largely incapable of stopping the Houthis from launching attacks on the Kingdom.