Russia is prepared for any worst-case scenario in its relations with the United States, Kremlin spokesman Dmitry Peskov said on Thursday, commenting on recent reports about a potential expulsion of diplomats and new sanctions. 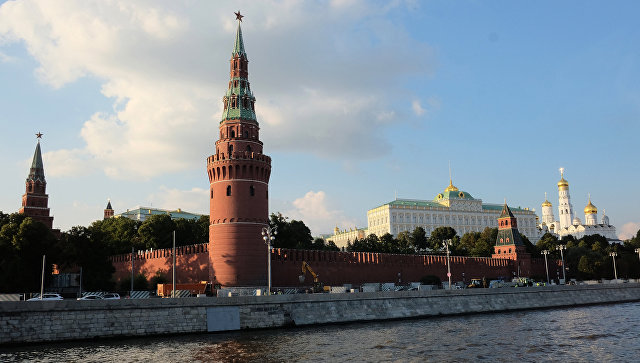 "You see, the hostility and unpredictability of the US side's actions in general obligate us to be prepared for the worst scenarios. When your interlocutor is quite aggressive and unpredictable, you are naturally mobilised all the time. In general, it seems the number of your questions about Russian-US relations largely exceeds the volume of these relations", Peskov told reporters, when asked if Russia is preparing measures to counter the potential new restrictions.

Russia still does not want relations between the two to deteriorate, the Kremlin spokesman assured.

"We have never posed a threat to anyone, but we will certainly not allow anyone, including the US, to threaten us, to tell us what we should do, and to infringe on our interests", Peskov stressed.

Appointment of special envoy for Nord Stream 2 would be interference

According to the Kremlin spokesman, the appointment of a special envoy by the United States for the Nord Stream 2 gas pipeline project would be considered interference in the domestic affairs of other countries because Washington has nothing to do with this venture.

On Wednesday, the media reported, citing current and former US officials, that the White House is looking to appoint a special envoy tasked with halting the construction of the Nord Stream 2 project that would carry Russian gas to Europe.

"This project is extremely important for European energy security and for providing Europe with energy resources, but, of course, such special representatives on the project, which have nothing to do with the United States of America and which is generally located on another continent, probably speaks very eloquently about what is called interference in internal affairs, interference in the economic interests of other countries, and so on and so forth", Peskov told reporters.
The spokesman also said that Russia and its partners are committed to completing the gas pipeline project.

"So far, we see the countries that are partners in this project are quite consistent in their intentions to finalise this project and launch it", Peskov said.

Earlier today, Russian Foreign Minister Sergei Lavrov said the policy being pursued by the United States toward Russia is a no-win for Washington and its allies.

"Even a pro-Washington structure like the Atlantic Council has already published materials criticising the absolutely dead-end and perhaps stupid policy of the United States towards Russia, which does not bring about any results in terms of the goals that were announced when the sanctions were introduced", Lavrov said at a press conference after talks with the Kazakh foreign minister.

The top Russian diplomat further noted that such unstable behaviour had convinced Moscow of the unreliability of Washington and its allies as partners, despite their recent calls for stabilising relations with Russia even amid plans to impose new sanctions.

"These words do not sound convincing, so we will have to wait for concrete actions", Lavrov added.

Relations between Russia and the West deteriorated in 2014 under then-US President Barack Obama during the crisis in Ukraine, when Washington accused Moscow of meddling in Ukraine's affairs, and imposed sanctions. Since then, the United States has expanded and tightened the sanctions regime following accusations of Russia's alleged meddling in the 2016 US presidential election.