US Secretary of State Tony Blinken has said that the Biden administration is working “behind the scenes” to end the violence in Israel and Palestine. Yet the administration intends to sell Israel $735 million worth of bombs. 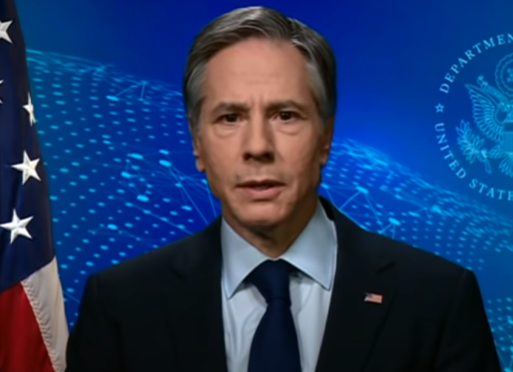 Amid global calls for restraint, Israel and Palestinian militant group Hamas have continued to trade rockets and missiles for the past week. 10 Israelis have been killed, and around 200 Palestinians, including at least 58 children, have lost their lives, according to Palestinian sources.

Blinken announced on Monday that the US has “been working around the clock through diplomatic channels to try to bring an end to the conflict.” Speaking at a joint briefing with Denmark's foreign minister in Copenhagen, Blinken said that the Biden administration was working “intensely,” in a “behind the scenes” effort to restore peace to the region.

“We are ready to lend support if the parties… seek a ceasefire,” Blinken added, calling on both sides to protect civilians.

Neither side has openly expressed interest in a ceasefire, though the BBC on Monday cited local media reports that Hamas had approached Israeli officials with an offer to cease hostilities, only to be rebuffed. In a televised address on Sunday, Israeli Prime Minister Benjamin Netanyahu declared that his country’s bombing campaign on Gaza would continue in “full force,” and that Israel “wants to levy a heavy price” on Hamas.

And despite Blinken’s appeal for calm, the Biden administration is pressing ahead with a massive arms sale to Israel. According to a Washington Post report that broke hours before his speech in Copenhagen, the administration officially notified Congress on May 5 – a week before Hamas’ rocket offensive on Israel began – that it intends to sell $735 million worth of weapons to the Jewish state.

The bulk of the shipment, the Post reported, consists of Joint Direct Attack Munitions (JDAMS) kits. These kits bolt onto ordinary ‘dumb’ bombs, transforming them into precision-guided munitions. Lawmakers have 20 days to object to a weapons sale once notified, but support for Israel is a rare issue with bipartisan support in Washington.

President Biden himself spoke to Netanyahu on Friday and reiterated Israel’s “right to defend itself,” while Republican Senator Ted Cruz announced the same day that he would soon travel to Israel “to assess what they need to protect their national security.” Throughout the Obama, Trump, and Biden administrations, the US has given Israel $3.8 billion per year in military aid.

Although support for Israel has remained unwavering between administrations, there is growing opposition on the left to the US’ willingness to finance the country’s military exploits. Rep. Mark Pocan (D-Wisconsin), who together with more than two dozen of his progressive colleagues has asked Blinken to condemn Israel’s construction of settlements and forced evictions on Palestinian-claimed land, declared last week that “US aid should not be funding” Israel’s military activities.

Pocan’s views are shared by some of the most recognizable names in his party’s progressive wing – New York’s Rep. Alexandria Ocasio-Cortez and Minnesota’s Ilhan Omar to name two – but Democrat and Republican leadership in the House and Senate are resolute in their support for Israel, as is Biden, whose campaign promised an “unbreakable commitment to Israel’s security.