Last week, Iranian media outlets claimed Tehran and Washington had reached an agreement in principle on lifting the majority of US sanctions against the Islamic Republic. 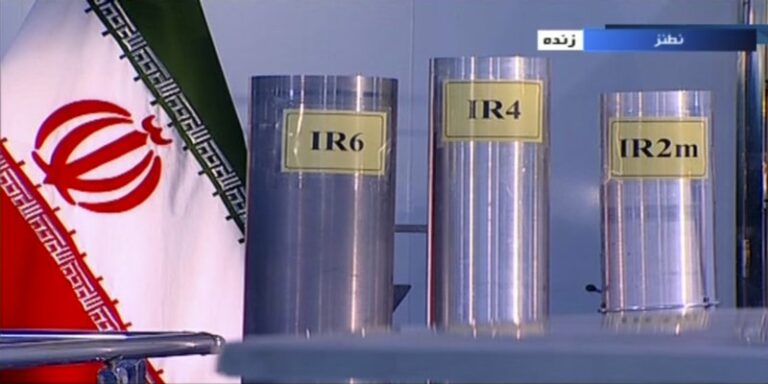 "A flurry of diplomatic contacts and reports of major progress", indicate the indirect talks between Iran and the US "may be nearing an agreement", the source claimed on Tuesday.

The talks come as part of the Vienna negotiations to bring Washington and Tehran back into compliance with the 2015 Iran nuclear deal, also known as the Joint Comprehensive Plan of Action (JCPOA), that was unilaterally abandoned by the White House in 2018. The Vienna talks are being conducted by representatives of Russia, China, the UK, France, Iran, and Germany.

Late last week, Iran's Fars News reported that Tehran and Washington had agreed on scrapping US sanctions against Iranian individuals and institutions, as well as the Islamic Republic's oil and banking sectors. The reports followed US media platforms claiming that Washington plans a "near wholesale rollback" of Trump-era Iran sanctions related to the nuclear deal in a bid to break the deadlock, with the reversals reported to include any prohibitions deemed inconsistent with the JCPOA, or which deny Iran the relief it was promised when it signed the agreement in 2015.

Mikhail Ulyanov, Russia's representative to international organisations in Vienna, tweeted last week that "indisputable progress" had been made in the talks, indicating that the Joint Commission on the JCPOA would reconvene at the end of next week.

"At which stage the Vienna talks on JCPOA restoration are? It's too early to be excited, but we have reasons for cautious and growing optimism. There is no deadline, but participants aim at successful completion of the talks in approximately three weeks. Is it realistic? We will see", he added.

The US State Department, however, was not that optimistic, saying that “we are not at the cusp of any breakthrough”.

President Joe Biden's National Security Adviser Jake Sullivan, in turn, described the Vienna talks as a "real negotiation", adding, "I guess good faith is always in the eye of the beholder and we believe the Iranians have come in a serious way to have serious discussions about details and the teams are working through those details now".

According to AP, "such an exchange could be a confidence-building measure to revive the nuclear deal".

In 2015, Iran signed the JCPOA with the P5+1 group of countries, including Russia, the US, the UK, China, France plus Germany. The agreement required Iran to scale back its nuclear programme and downgrade its uranium reserves in exchange for sanctions relief.

In May 2018, then-US President Donald Trump announced Washington's unilateral withdrawal from the deal and began re-imposing sanctions on Iran, who retaliated by starting to gradually abandon its own JCPOA commitments a year later.

The Biden administration has repeatedly signalled its readiness to re-enter the JCPOA, adding that it is Iran who should be the first to comply with the agreement.

The Islamic Republic, for its part, recently softened its own position on the US sanctions rollback, replacing wording demanding that "all sanctions" be removed with wording that all sanctions introduced after the JCPOA was signed be scrapped.