On Sunday, UK Defence Secretary Ben Wallace stated that the evacuation was "down to hours, not weeks", while the Taliban warned that "there would be consequences" if the Kabul airlift is extended into next month. 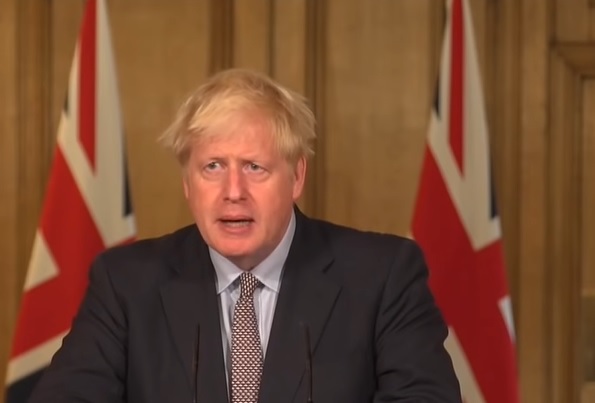 Later on Tuesday, UK Prime Minister Boris Johnson, as chair of the G7 is due to host an emergency meeting on Afghanistan, where a final decision on a possible extension of the Kabul evacuation operation is expected to be taken.

The Guardian has quoted unnamed sources as saying that G7 members "will be under pressure to present a united front" on the evacuation-related issues and those pertaining to official recognition of the Taliban.

Referring to the upcoming G7 gathering, Britain's US envoy Karen Pierce said that London wants "to start the process of developing a clear plan, so that we can all deal with the new Afghan regime in a unified and concerted way", adding that the UK "will judge the new regime by actions, not words".

She was echoed by an unnamed EU diplomat who was cited by The Guardian as saying that "the G7 leaders will agree to coordinate on if or when to recognise the Taliban. And they will commit to continue to work closely together".

Late last week, US President Joe Biden hinted at the possibility of continuing evacuation efforts beyond the 31 August deadline, but shortly after told reporters that "our [Washington's] hope is that we will not have to extend".

The Guardian, in this regard, cited an unnamed source as saying that "Biden's stance is different from the UK stance on that, and I think there's a recognition that the 31st makes it very difficult to get things done in time, so that's being explored".

"The challenge is of course the Taliban no doubt will have a view on that, so there's a question about how much flexibility there actually is for decision making", the source asserted.

The UK has, meanwhile, scrambled to wrap up the evacuation of Britons and allied Afghans from the Kabul Airport by 31 August as British Ambassador to Afghanistan Laurie Bristow warned that breaking this deadline is fraught with risks.

He told British MPs during an online conference on Monday about "pretty uncompromising signalling" from Taliban militants that "they want the [evacuation] operation finished by the end of the month".

"So I think it follows from that, that if the US and its allies were to try to push beyond that, then there's at least a risk there, of us doing so in a much more difficult and less compliant environment", Bristow added.

For his part, Maj Gen Nick Borton, the chief of staff for the emergency airlift by the RAF, said they were "now starting to plan the conclusion" of the evacuation "and the difficult business of drawing the operation to a close" eight days before the 31 August deadline.

Taliban warns US not to extend evacuation

"It's a red line. [US] President [Joe] Biden announced that on 31 August they would withdraw all their military forces. So if they extend it that means they are extending occupation while there is no need for that", Shaheen said.

He stressed that the militant group would say "no" if the US or the UK "seek additional time to continue evacuations or there would be consequences".

According to the Taliban spokesperson: "It [the extension of the troop exit deadline] will create mistrust between us. If they are intent on continuing the occupation it will provoke a reaction".

White House Rapid Response Director Mike Gwin later said in a statement that the US had evacuated another 10,900 individuals from Kabul. He noted that America had so far helped evacuate 48,000 people from the Afghan capital since 14 August.

The UK Ministry of Defence, for its part, said that at least 1,384 people were airlifted out of Kabul by the RAF on Monday, taking the total number to 7,109.

After Kabul fell to the Taliban and the Afghan government collapsed on 15 August, numerous countries started evacuating their citizens, diplomats, and Afghans who had worked for them.

The ongoing chaos at the Kabul Airport, which has so far claimed the lives of at least 20 people, shows no sign of abating, amid reports that local staffers at the American Embassy in Kabul were "deeply disheartened" by US evacuation efforts.