The chaotic evacuation from Afghanistan has shown that the US was “totally ill-prepared” for such a scenario, US journalist Jim Laurie told the source, warning that it’s now way too late and many “deserving” Afghans will be left behind. 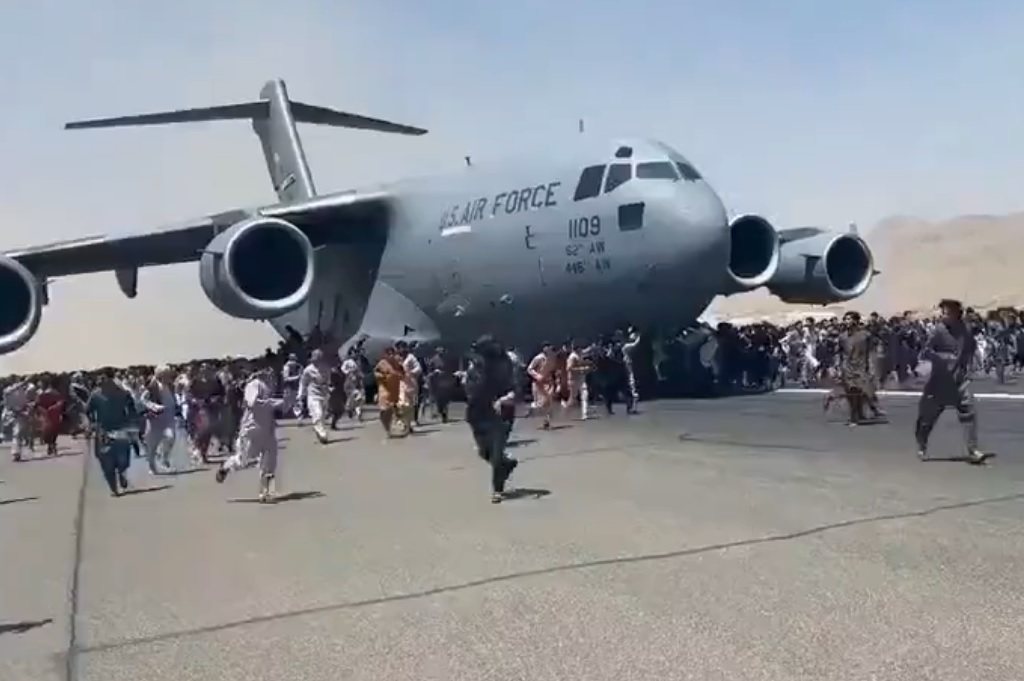 The ongoing extraction of foreign nationals and locals, who used to work for the occupying forces, bears striking similarities to previous US military failures, Laurie, who witnessed both the evacuation from Cambodia and the fall of Saigon to communist-ruled North Vietnam in 1975, said.

“The panicked end of each of these wars bears so much similarity,” Laurie said, adding that this time, the US appears to have been caught entirely unprepared.

The evacuation from Saigon was significantly more organized, beginning well before the city fell, rather than only starting with the Taliban already at the gates of the Afghan capital. Various factors contributed to such a situation, Laurie believes, with US bureaucracy growing much stiffer and “more complicated” than back in 1975.

Unlike the Afghan forces, the South Vietnamese troops were able to put up some resistance, giving time and room for evacuation, he noted.

“In the case of Vietnam, there was time. The South Vietnamese forces that were supported by the Americans, they fought on for 55 days and, in some cases, they fought very well. So, there was time to get a lot of the allies who wanted to get out and who had been loyal to the Americans to get them out,” Laurie said, adding that the land-locked position of Afghanistan further complicated the evacuation, while in Vietnam it was possible to get out by sea.

“No matter what the US does now there’s no way that they can get all of the deserving Afghans out of the country. There’s simply isn’t enough time or resources to go very far beyond the Kabul airport”

While the exact causes of the abrupt collapse of the Afghan military, which effectively ceased to exist in less than two weeks, are still up for speculation, it likely suffered from the same issues that plagued US-backed troops before, Laurie believes.

“I think that we have a basic problem, it happened in Vietnam and Cambodia as well, of being able to train a foreign army and having reliable commanders”

“Usually the problem – at least it was in Vietnam and Cambodia –  the problem does not lie with the foot soldiers. The problem lies with the commanding structure and whether or not there were good, strong and dedicated commanders in Afghanistan, who had a loyal following,” Laurie said. “We hear and we read about all the corruption that occurred over this period [in Afghanistan].”

Laurie also mentioned reports about “ghost soldiers” that existed only on paper as something that was an issue both in Cambodia and in Afghanistan. “We’ve read about phantom armies. I was interested to see that there were numbers of Afghan military that did not really exist. The same was true when I worked in Cambodia,” the journalist added, noting that in Cambodia “thousands” of troops were enlisted only on paper.

Another issue that contributed to the ultimate US military failure in Afghanistan was the US embarking on “nation-building” in the war-torn nation after its own template, a virtually impossible task, Laurie said. The US mission in Afghanistan “in many ways should have ended when Osama Bin Laden was killed,” the journalist argued.

“Unfortunately, whenever America gets involved in foreign wars, they have a tendency to want to rebuild the nation, sometimes in the model and the way the Americans think things should be. This is where they get sucked in.”