The Ministry of Defense of Russia announced that a MiG-31 fighter jet had been scrambled to escort a US RC-135 intelligence plane over the Pacific Ocean along the southeastern coast of the Kamchatka Peninsula. 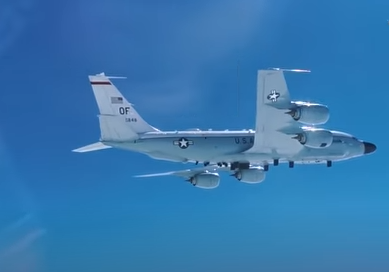 “A MiG-31 fighter jet was scrambled from an airfield in the Kamchatka region to identify and escort the plane. The crew identified it as a US RC-135 reconnaissance aircraft,” the ministry said in a statement, adding that the plane had been prevented from violating the Russian border.

According to the ministry, the flight was carried out in strict compliance with international rules for the use of airspace. The MIG-31 safely returned to its home airfield after turning the US plane away from the Russian border. 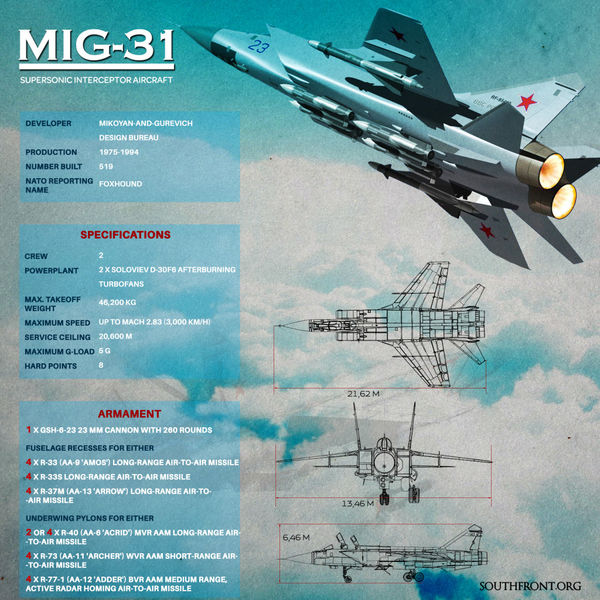 A video of the interception was released by the ministry. The US plane seen in the video can be identified as a specific variant of the RC-135 known as the RC-135V/W Rivet Joint.

The RC-135V/W is the main airborne signal intelligence (SIGINT) platform for the US Air Force. The plane is equipped with sensors capable of detecting, identifying and locating signals throughout the electromagnetic spectrum.

US spy planes fly along Russia’s border on a regular basis. Recently, the US expanded its aerial intelligence operations to Syria’s coast, where two Russian military bases are located.