Addressing the German Bundestag (federal parliament) on Friday, Chancellor Angela Merkel defended the nationwide "emergency brake" COVID-19 measures and called for them to be applied as quickly as possible. 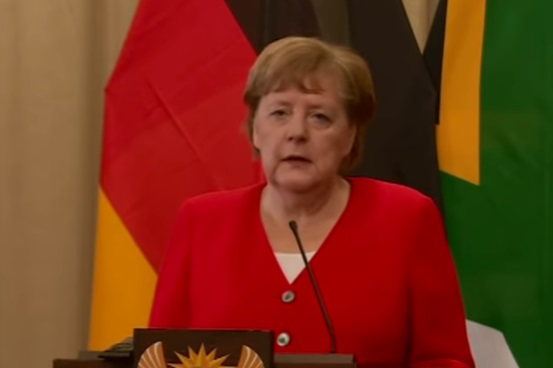 "Every day counts," Merkel said. The third COVID-19 wave has Germany "firmly in its grip." Merkel stressed that there was a need for uniform nationwide regulations, including a night-time curfew.

The German coalition government seeks to tighten the country's Infection Protection Act to give the federal government the power to automatically impose contact restrictions, closures and night-time curfews in areas where the seven-day COVID-19 incidence rate exceeds 100 for more than three days. Schools and day care centers in Germany are to be closed in areas where the incidence rate exceeds 200.

Germany's nationwide uniform night-time curfew remains controversial. According to a DeutschlandTrend survey published by the public broadcaster ARD on Friday, 51 percent of Germans approved of such a curfew against 46 percent who said it was wrong.

The "rapid increase" in infections in Germany must finally be stopped, said Merkel. "In order to finally achieve this, we must better combine the forces of the federal, state and local governments."

Citing the persistently high number of new cases, the RKI has assessed the overall threat to public health in Germany as "very high."

"Intensive care physicians send out one cry for help after another - who are we if we overhear these distress calls?" Merkel asked. "Alone, they cannot win the battle against the virus in this third wave, even with the best medical art and the most sacrificial effort."