Scientists uncovered evidence of an ancient human burial in Africa that changes what we know about social behaviors in Homo sapiens, according to a new study. 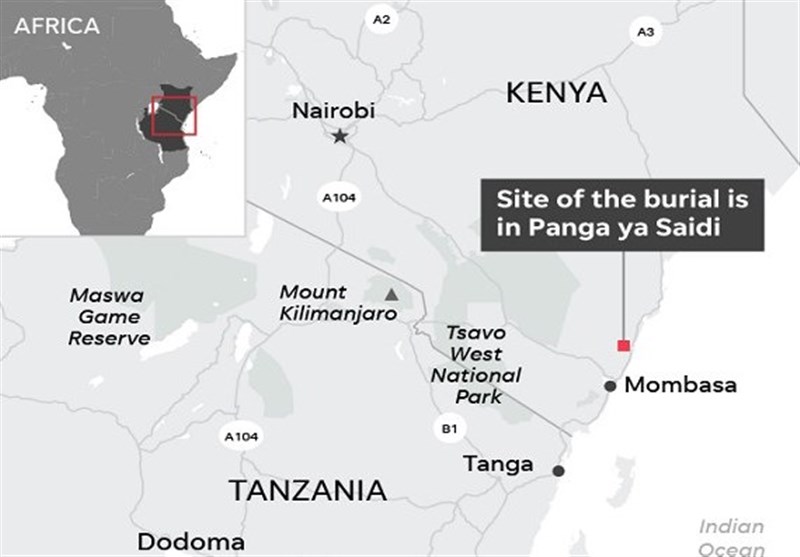 The discovery offers insight into how people from 78,000 years ago treated their dead.

A child, about 3 years old, seems to have been carefully arranged in a deliberately excavated pit, then covered by sediment scooped up from the cave floor, the source reported.

The arrangement of surviving bone fragments indicates that the body was placed on its side with legs drawn up to its chest, the study found.

These features – along with evidence that the body was rapidly covered and decomposed – indicate that the burial was intentional.

"We could infer this child ... was really put there in a specific position with a pillow under his head," said study co-author María Martinón-Torres, director at the National Research Center on Human Evolution in Burgos, Spain.

"This respect, this care, this tenderness – putting a child lying in an almost sleeping position: I really think it's one of most important – the earliest evidence in Africa – of humans living in the physical and the symbolic world," Martinón-Torres said in a news briefing.

The site of the burial is in modern-day Panga ya Saidi, in Kenya, north of Mombasa.

Though there are no signs of offerings or ochre, both common at more recent burial sites, the treatment given the child suggests a complex ritual that probably required the participation of many members of the child's community.

This evidence suggests that the mortuary behaviors of humans in Africa differed from those of Neanderthals and early humans in Eurasia, who commonly buried their dead in residential sites.

"As soon as we first visited Panga ya Saidi, we knew that it was special," said Nicole Boivin, principal investigator of the project and director of the department of archaeology at the Max Planck Institute for the Science of Human History in Germany. "The site is truly one of a kind.

"Repeated seasons of excavation at Panga ya Saidi have now helped to establish it as a key type site for the East African coast, with an extraordinary 78,000-year record of early human cultural, technological and symbolic activities," she said.

“It’s incredibly rare that we gain access to such a snapshot of a moment in time, especially one so very ancient,” Boivin told The Guardian. “The burial takes us back to a very sad moment … one that despite the vast time separating us, we can understand as humans.”