At least 200 people were reported dead as massive floods hit Western Europe. Germany, which was the most affected by the disaster, had to roll out the military to help the emergency services in the clean-up operations. 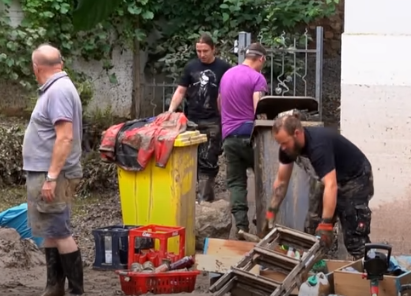 German TV reporter Susanna Ohlen has been fired after being caught smearing herself with mud and pretending she assisted with the clean-up operations after the devastating floods that hit the European country last week.

The videos show the RTL journalist as she smudged herself with mud before filming the report, which was later published on the broadcaster's website, titled "Cleaning up after the flood: RTL presenter lends a hand in Bad Munstereifel".

After the scandal erupted, the outlet removed the article.

"Our reporter's approach clearly contradicts journalistic principles and our own standards. We, therefore, gave her a leave of absence on Monday after we heard about it", the broadcaster said, addressing the issue.

Ohlen had worked at RTL since 2008 and participated in the programmes "Good Evening RTL" and "Good Morning Germany".

Deadly floods in Germany were caused by heavy downpours that mostly affected the states of North Rhine-Westphalia, Rhineland-Palatinate, Saxony, and Bavaria. The floods have killed at least 170 people, while hundreds of people are still unaccounted for.