On the eve of the Day of the Russian Navy, which is traditionally celebrated on the last Sunday of July [July 25, 2021], a new multimedia section dedicated to the upcoming fifth Main Naval Parade has been opened on the website of the Russian Defence Ministry. 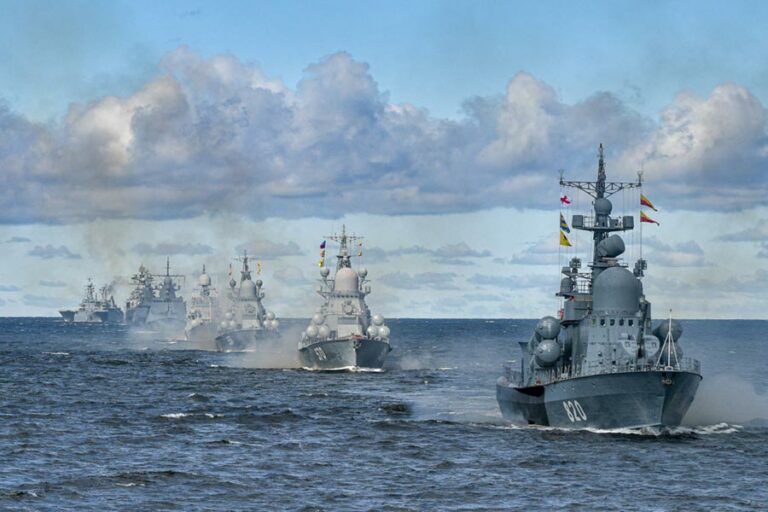 “The main naval parade will be held in St. Petersburg on the Navy Day on July 25 in the year of the 325th anniversary of the Russian Fleet. Naval parades will also be held in Severomorsk, Baltiysk, Sevastopol, Kaspiysk, Vladivostok and Tartus (Syria). In total, up to 200 warships of various classes, about 80 aircraft, more than 100 units of military equipment, up to 15 thousand military personnel and civilian personnel will participate in the parades,” the Russian Ministry of Defense noted.

The section presents images and maps of the upcoming celebrations and the Main Naval Parade that will pass on the Neva River through the city of St. Petersburg. 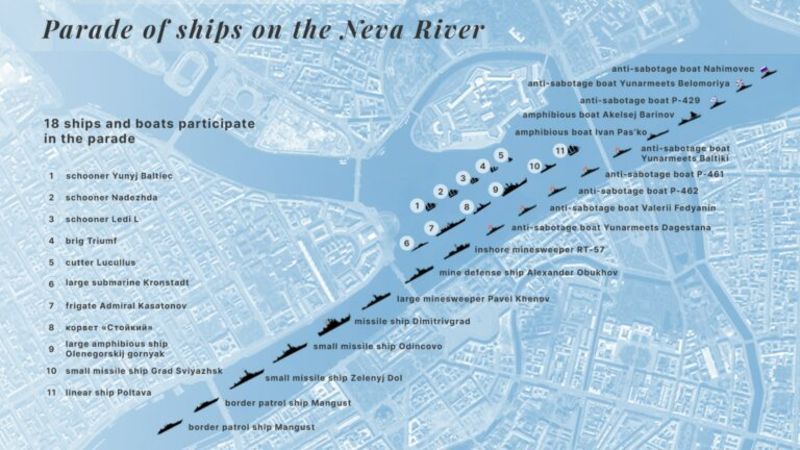 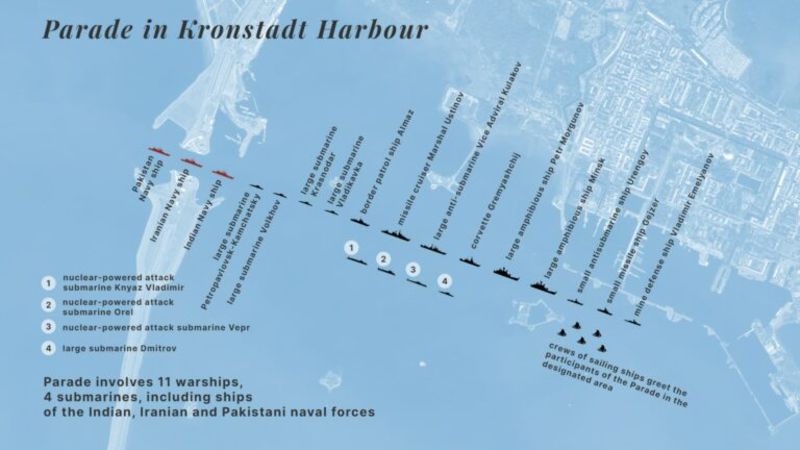 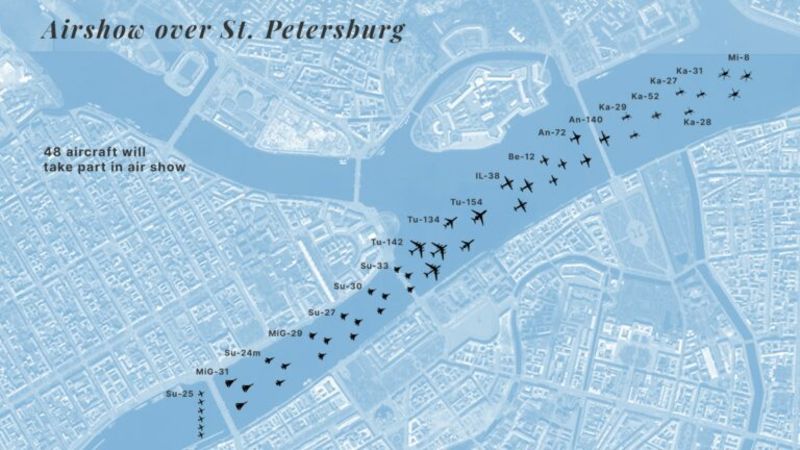 In total, more than 50 ships, boats and submarines will be involved in the naval holiday on July 25 in St. Petersburg, including the missile cruiser Marshal Ustinov, the frigate Admiral Kasatonov, the corvette Stoyky, the nuclear submarine missile cruisers Knyaz Vladimir and Eagle, the large landing ships Minsk and Pyotr Morgunov.

The ships of the Navies of India, Pakistan and Iran will also be involved in the parade. The historical part of the solemn event will be headed by the 54-gun battleship Poltava, recreated at the historical shipyard.

More than 40 pieces of aviation equipment will fly over the city in a parade formation. Among them are Su-33, Su-27, MiG-29 fighters, Su-24 front-line bombers, Su-25 attack aircraft, anti-submarine aircraft

A dress rehearsal was held on July 22nd, including over 50 warships, submarines, ships and boats of various classes, about 50 aircraft of the naval aviation of the Navy, over 4,000 servicemen.

Several dress rehearsals were held leading up to the date.

Prior to that another one was held on July 13th.

Distinctive aspects of the dress rehearsal of the Main Naval Parade are:

a high percentage of ships and submarines of a new generation capable of solving tasks in the deep ocean zone,

participation of 7 nuclear and non-nuclear submarines at once,

participation of warships of the Indian, Pakistani, Iranian naval forces,

participation in Parade of copies of the sailing battleship of the Peter the Great era “Poltava” and sailing ships of the St. Petersburg Yacht Club.

The dress rehearsal of the Main Naval Parade was attended by the forces of all fleets and flotillas, transport and special aviation aircraft, sailing ships, as well as boats of the FSB border service.