U.S. President Joe Biden said on Sunday that extending troops deployment for the evacuation mission in Afghanistan beyond the Aug. 31 deadline has been under discussion. 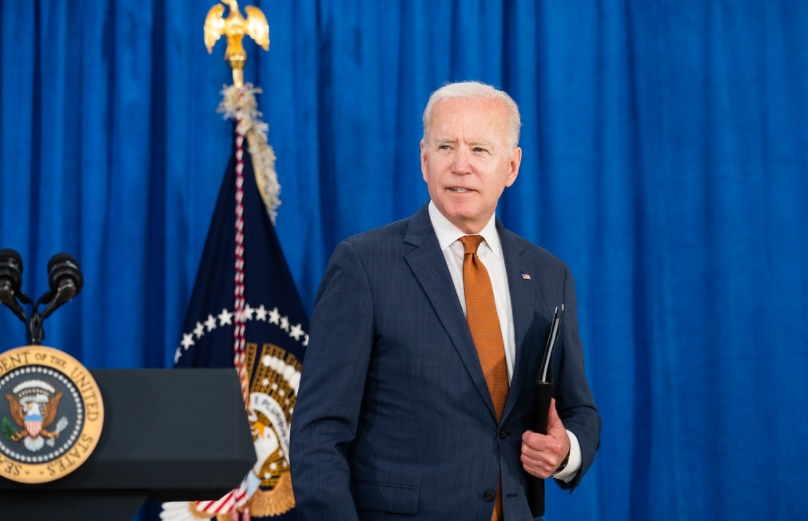 "There are discussions going on among us and the military about extending, our hope is we will not have to extend," said Biden when asked about the Aug. 31 deadline. "But there are going to be discussions, I suspect, on how far along we are in the process."

Biden in July ordered the U.S. military to end its mission in Afghanistan by the end of this month.

The United States has been scrambling to evacuate Americans and its Afghan partners from the country since the Taliban entered the capital Kabul on Aug. 15.

The U.S. military had moved approximately 3,900 personnel out of Afghanistan over the last 24 hours, and the U.S. and coalition aircraft have evacuated about 28,000 people since Aug. 14, said Biden.

He said the United States is executing a plan to move Americans to the Kabul airport compound and had extended access and the safe zone around the airport.

The president also noted the security environment is changing rapidly on the ground. "We know that terrorists may seek to exploit the situation and target innocent Afghans or American troops," he said, pointing to potential terrorist threats from ISIS-K, the local affiliate of the Islamic State.

Earlier in the day, the Pentagon ordered commercial airlines to support the evacuation missions.

Secretary of Defense Lloyd Austin had ordered the Commander of U.S. Transportation Command "to activate Stage I of the Civil Reserve Air Fleet (CRAF)," which provides the Pentagon access to commercial air mobility resources to support evacuation from Afghanistan, Pentagon Press Secretary John Kirby said in a statement.

The statement added that the commercial planes would not fly into Kabul airport. U.S. Military aircraft will focus on operations in and out of Kabul, and commercial planes "will be used for the onward movement of passengers from temporary safe havens and interim staging bases."

This is the third time in history the U.S. military has activated the CRAF, according to the Pentagon. The first was for the Gulf War and the second for the Iraq War.