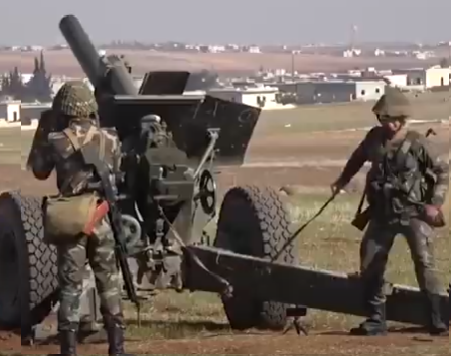 The Russian Defense Ministry’s Zvezda TV shared footage of the training, which saw SAA troops practicing on target detection and firing with M30 122 mm howitzers and 2B14 Podnos 82 mm mortars.

Last month, an 1L271 Aistyonok radar was spotted in a post of the Russian Military Police near the town of Ain Issa in northern Raqqa.

Russian military advisors have been training SAA troops and pro-government forces since the start of the Russian anti-terrorism operation in Syria in 2015.