The daughter of Iran’s top anti-terror commander, Lieutenant General Qassem Soleimani who was martyred in January last year, said the assassination of her father will continue to haunt former US president Donald Trump, who will live “in fear of foes.” 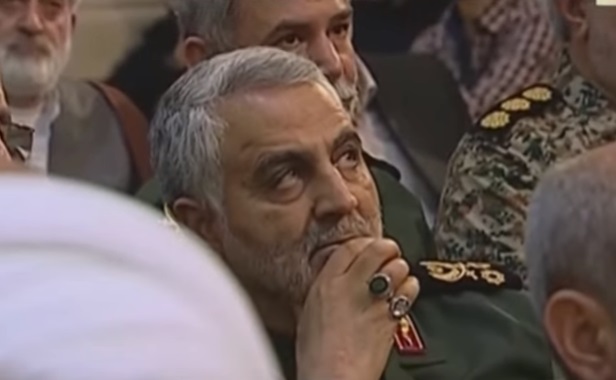 In a post on Twitter on Wednesday, Zeinab Soleimnai made the remarks after Trump departed the White House at the end of his tumultuous four-year term and Joe Biden took office as the 46th president of the United States.

“Mr. Trump, you murdered my father, the General who led the victorious war against ISIS (Daesh)/Al-Qaeda, with the perverse hope that you will be seen as some sort of hero,” she said, referring to her father’s influential role in the battle of Iraqi and Syrian nations against the world’s most notorious Takfiri terror groups, Daesh and al-Qaeda.

She said Trump ordered the assassination of her father to portray himself as “a hero,” but he left office “defeated, isolated and broken.”

General Soleimani, the commander of the Quds Force of Iran’s Islamic Revolution Guards Corps (IRGC), was assassinated along with his Iraqi trenchmate Abu Mahdi al-Muhandis, the deputy head of the Popular Mobilization Units, in a US drone strike ordered by Trump near Baghdad International Airport on January 3, 2020.

Last July, Agnes Callamard, UN special rapporteur on extrajudicial, summary or arbitrary executions, in a report to the UN Human Rights Council underlined the “unlawful” nature of the targeted killing because the US had failed to provide evidence of an ongoing or imminent attack against its interests, as claimed by the Trump administration, to justify the fatal drone strike.

Iran has issued a red notice request to Interpol for the apprehension of Trump and 47 others in connection with the cowardly assassination operation.

Iran’s Foreign Minister Mohammad Javad Zarif retweeted Zeinab’s post and said in a tweet that Trump and members of his administration such as former US Secretary of State Mike Pompeo “are relegated to the dustbin of history in disgrace.”

“But the memories of Gen Soleimani & the 1000s murdered, maimed & starved of food & meds by Trump’s state—& economic—terrorism & crimes against humanity, will shine on” he added.

“Perhaps new folks in DC have learned,” he said.