UK Prime Minister Boris Johnson stated on Friday that there was "some evidence" to indicate that the new coronavirus strain found in December 2020 in England is not only more infectious, but "may be associated with a higher degree of mortality," one of many contradictory statements from top officials on the new variant over the past month. 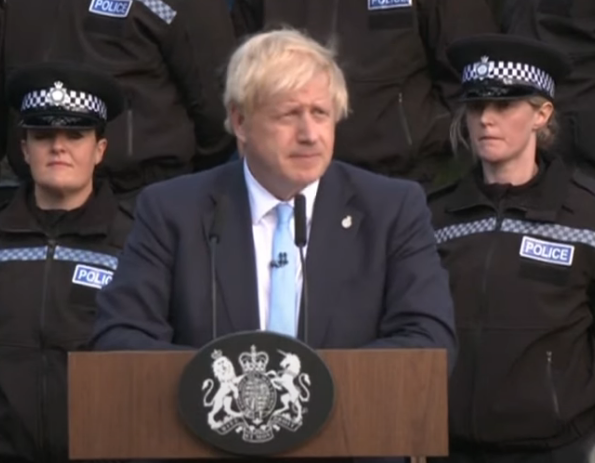 Senior scientists expressed concern that data about the new UK variant of coronavirus indicating an increased risk of mortality of up to 30% in comparison to the "classic" one was released before a thorough review of the findings took place, The Telegraph reported Saturday.

The aforementioned data was presented by the prime minister at Friday’s Downing Street briefing.

According to researchers, it is too early to draw "strong conclusions" from the proposed increased mortality rates from the new strain.

"I was actually quite surprised the news had been announced at a news conference. It seems to have gone up a little bit from about 10 people per thousand to about 13, which is quite a small rise but it's based on a relatively small amount of data," the newspaper quotes Dr. Mike Tildesley, a member of the Scientific Pandemic Influenza Community on Modeling (Spi-M) Sage subgroup, as saying.

It remains unclear to date if the new strain of coronavirus, which emerged late last year in the southeastern part of England, is more deadly than the initial strain, Public Health England (PHE) medical director Dr. Yvonne Doyle said, according to the outlet.

She added further work was required to decide whether, as Johnson said, it could be correlated with "a higher degree of mortality".
Although the newly discovered variant indicates a relative rise in mortality rates, scientists have found out that the absolute risks for older people are much higher than for those in lower age brackets.

Prime Minister Johnson warned at his press conference on Friday that the transmissibility and mortality of the "UK" COVID-19 strain had left the National Health Service under "intense pressure," and that over 40,000 new cases of the virus had been identified in the past 24 hours alone.

Johnson's remarks on the new strain of the novel coronavirus have been requested by the World Health Organization to be clarified, with the organization stating that its harmful nature tends to be synonymous with the burden it places on medical services because of its transmissibility, not the nature of the pathogen itself.

However, UK government officials clarified that to back up these estimates, the "evidence is not yet strong," and that further study is needed.

According to the latest statements from the authorities, the new strain is considered to be around 30-70% more transmissible than the initial one, and a third national lockdown was imposed in the UK in early January in a bid to curb its spread.