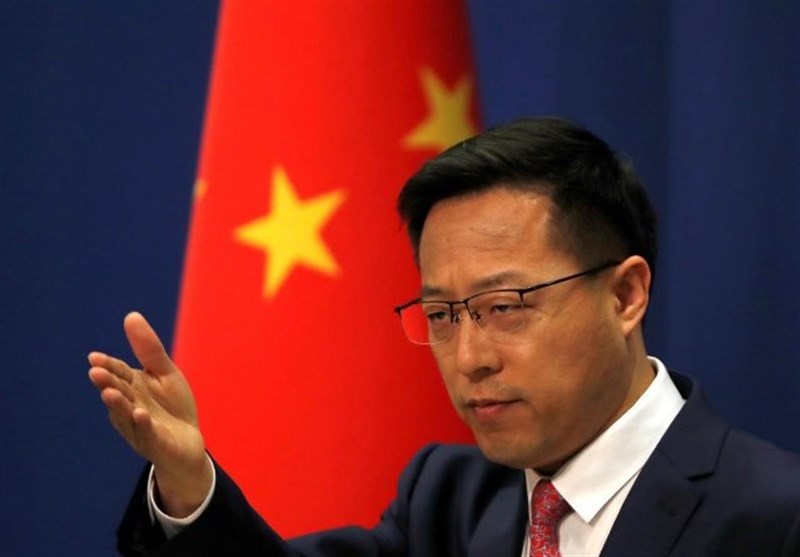 “We firmly oppose attacks on nuclear facilities, which is a grave issue and can bring unpredictable and inestimable consequences,” he added.

On Sunday, Iran reported an act of sabotage that led to a power failure at the Natanz uranium enrichment site. Officials, however, said the incident had not led to any casualties, damage or complications.

Iran has blamed the act of nuclear terrorism at Natanz on Israel, which has a history of carrying out sabotage acts against Tehran’s nuclear work and assassinating the country’s nuclear scientists.

Last year too, Natanz was targeted in another terrorist move that blew up parts of the installation, in an attack that Tel Aviv is suspected of having orchestrated.

The occupying regime has, nevertheless, always evaded accountability for its acts of terrorism across the region as well as its own military nuclear program all thanks to the US shielding it from having to answer to international organizations over the crimes.

The Chinese spokesperson further said the Iranian nuclear situation is now at a “critical juncture” and expressed his country’s firm support for the settlement of the issues surrounding the nuclear case through “diplomatic means.”

“What’s imperative is to bring the JCPOA back on track at an early date and safeguard legitimate and lawful rights and interests of all parties,” he said, referring to the multilateral 2015 nuclear agreement, officially known as the Joint Comprehensive Plan of Action, signed between Iran and major world powers.

Zhao expressed hope that all sides would be able to create “enabling atmosphere and necessary conditions” in this regard.

Diplomats from Iran and the UK, France, Russia and China plus Germany, the remaining parties to the JCPOA, scuttled by former US president Donald Trump, are to resume talks aimed at finding a way for the United States to rejoin the nuclear agreement and resume compliance in the Austrian capital of Vienna on Thursday.

The European Union spokesman Peter Stano warned on Monday against attempts to derail the nuclear talks after the Israeli regime’s terrorist attack on Natanz nuclear site, saying, “We reject any attempts to undermine or weaken diplomatic efforts on the nuclear agreement.”

In response to a question about China’s stance on Iran’s announcement about the beginning of uranium enrichment to 60 percent purity, the spokesman called on all relevant parties to exercise self-restraint.

“China urges all relevant parties to stay cool-headed and exercise restraint, stick to consensus on upholding the JCPOA and refrain from taking actions that will escalate tensions,” he added.

He emphasized that the sides are working “for the unconditional return of the US to the deal and revocation of all relevant sanctions, so as to create conditions for bringing the deal back on track.”

Following the attack on Natanz, Iran announced that it had informed the International Atomic Energy Agency (IAEA) of a plan to start 60-percent enrichment, under which 1,000 advanced centrifuges will be installed at the facility.

The UN nuclear agency said its inspectors visited the site at Natanz for “verification and monitoring activities” on Wednesday, and that Iran had “almost completed preparations” to enrich uranium to 60 percent purity.