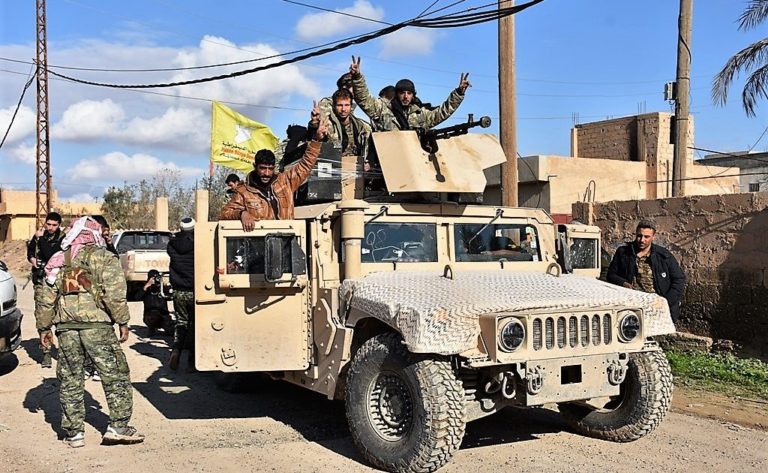 According to the reports by SDF Press agency, the operation targets the ISIS sleeper cells and their weapons caches. It also aims to control the routs of smuggling weapons and terrorists between Syria and Iraq.

” The four-day operation has started today’s early morning after several missile strikes conducted by the coalition forces in conjunction with launching light bombs and intensive flight by reconnaissance planes”, – the report reads.

Spokesperson for the US-led Coalition Colonel Wayne Marotto tweeted that the operation aims “to curb terror activities & bust Daesh smuggling networks for WPNs & terrorist elements. We continue to enabling our SDF partners’ efforts in the fight to Defeat thru air support & ISR missions.”

The #SDF, supported by the #International_Coalition have begun an operation in #Wadi_alAjeej against #Daesh. The aim is to find weapon caches and smuggling routes. pic.twitter.com/BDnOSBNgBC

Results of the operation do not seem to be very significant, so far. According to London-based Syrian Observatory for Human Rights (SOHR), several houses in the village of al-Hawayij in the eastern countryside of Deir Ezzor were stormed and at least one person was arrested. No more information on his identity was provided. It was noticed that the warplanes of the US-led International Coalition supported the operation.

A day before, on May 9th, SOHR reported that four members of ISIS cells in al-Zarr village in the eastern countryside of Deir Ezzor, were arrested.

However, the ongoing operation do not pose any obstacles for repeated attacks on SDF forces.

On May 10th, two SDF members were wounded as a result of an IED explosion that targeted their car in eastern Deir ez-Zor countryside, according to North Press sources.

On May 9th, suspected ISIS militants carried out an attack on a bus carrying SDF forces in al-Kabar village west of Deir Ezzor, killing 7 SDF members and injuring others, according to Deir Ezzor 24 sources.