If presidential elections were held in Russia this weekend, Vladimir Putin could expect to be re-elected for a fifth term in the Kremlin, a new poll has revealed, with leading opposition figures attracting single-digit support. 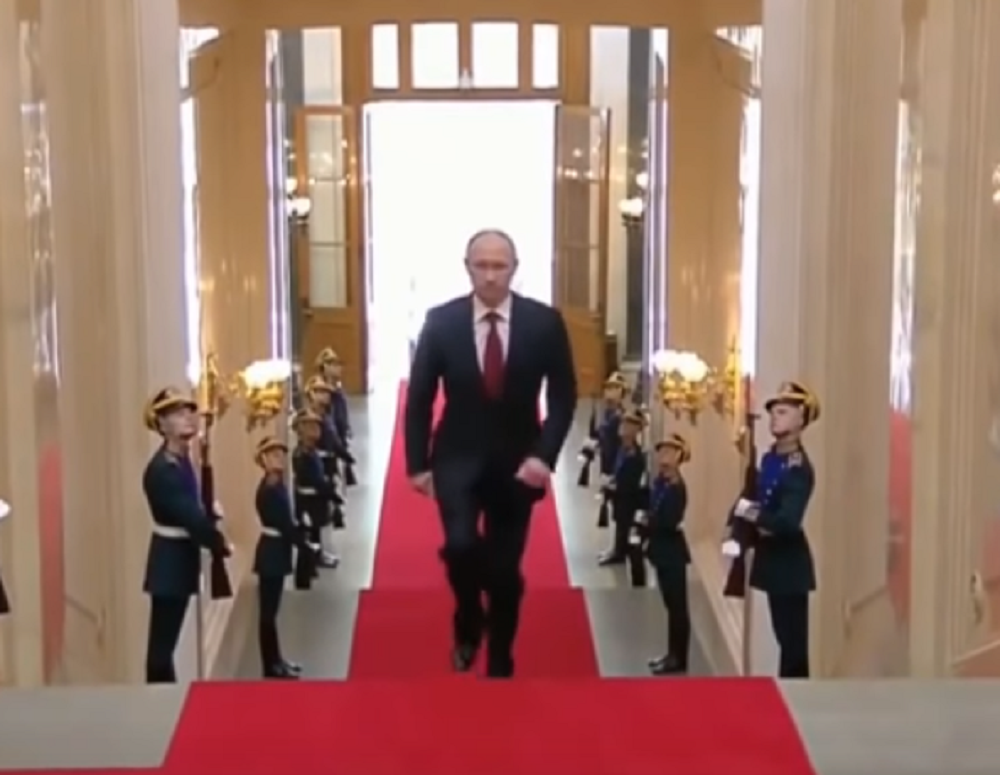 The research, conducted by the Levada Center – Russia’s most prominent polling company, which is registered as a ‘foreign agent’ by its Ministry of Justice over links to overseas funding – surveyed more than 1,600 people in urban and rural areas across the country.

It asked participants to name the politician they would vote for to lead the nation, if a presidential election were held in the coming days. Putin was found to be the clear frontrunner, with 56% of those who said they would vote offering up his name unprompted. The incumbent has consistently polled in first place, at around that level of support, since declining from a high of 70% in January 2017.

Putin’s support, however, was notably higher across the regions of the world’s largest country than it was in the capital, Moscow, where a number of opposition figures, including jailed campaigner Alexey Navalny, enjoyed incrementally more support.

The closest contender for the top job, attracting only around a tenth of Putin’s support, was Vladimir Zhirinovsky, the leader of the right-wing LDPR party. After Zhirinovsky, who appealed to 6% of those polled, was Gennady Zyuganov, the veteran chairman of the Communist Party. Zyuganov has stood against Putin in two separate elections and drew 2% of the hypothetical vote.

In fourth place was opposition figure Alexey Navalny, despite likely being unable to run from behind bars. The anti-corruption campaigner has scarcely been out of the news in Russia and abroad since his arrest and imprisonment earlier this year. Navalny was detained when he landed back in Moscow in January, after spending several months in Germany where he had been recovering from what he and his doctors at the Charite hospital allege to have been poisoning with the nerve agent Novichok. He is now serving time in a penal colony for breaching the terms of a 2014 suspended sentence handed down to him for fraud.

In the weeks that followed the arrest, tens of thousands of people took to the streets of cities across the country to demand his release. However, his prominence as an activist appears not to have shifted the needle on his putative candidacy, with only around 2% of those polled naming Navalny as their president of choice.

In Moscow, however, the former protest leader fared far better than the national average, with 6% of the 505 residents of the capital surveyed saying they would back him, putting him into second place after Putin, who had the support of 44%.

While there appears to be a significant gulf between the current president and any opposition candidates, with no contender coming close to clipping his lead, there are still a significant number of undecided and disillusioned voters, with 18% saying they wouldn’t know who to cast their ballot for and almost a quarter insisting they wouldn’t vote at all.

While a presidential election isn’t due to be scheduled in Russia until March 2024, the country’s political parties are gearing up for an all-important national vote that will decide the makeup of its parliament, the Duma. The governing United Russia bloc secured a so-called supermajority at the last election, winning 336 of the 450 available seats. Whether it is able to retain that lead when the country turns out to vote on September 19 remains to be seen.

After an initially tough national lockdown, Russia has maintained a smaller number of Covid-19 restrictions compared with other European countries. In March, the World Bank upgraded its outlook for the Russian economy, saying it expected it to grow by around 3% in 2021.