The US Air Force said that it had canceled a launch of an unarmed Minuteman III nuclear intercontinental ballistic missile (ICBM) test. 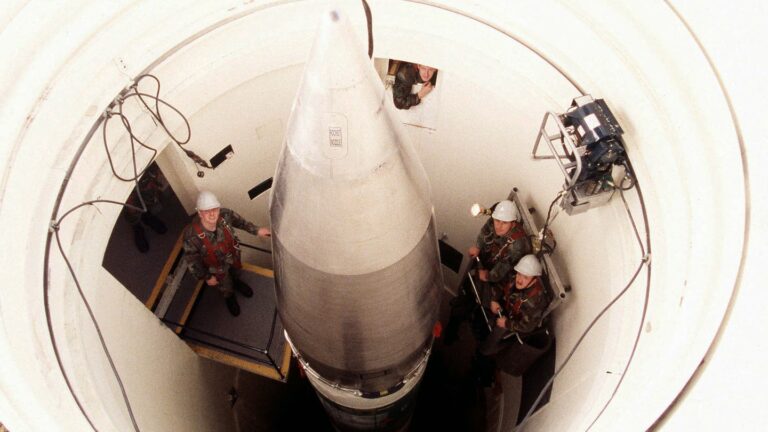 The reason is that the missile simply turned itself off during final countdown before being launched.

The intercontinental ballistic missile that was to be fired from an underground silo at the coastal base, “experienced a ground abort prior to launch,” the service said in a release.

“During terminal countdown, the missile computer detected a fault in the sequence of checks it does prior to launching. Upon detection of this fault, it shut itself down,” just as the system is designed to do, Air Force Global Strike Command spokesperson Carla Pampe said.

USAF will investigate the root cause of the problem.

“There has not been an incident like this in recent memory,” Pampe added.

If everything seems fine, the test could be rescheduled, since only a few such tests are carried each year. The 576th Flight Test Squadron needs to see if the 50-year-old weapons are still in good shape and can respond when fired.

Missiles used in the tests do not carry nuclear warheads as in real-life operations. Upon launching, they fly for about 30 minutes and splash down more than 4,200 miles away at the Kwajalein Atoll in the Marshall Islands.

ICBMs have become a point for debate in the US Senate.

There are discussions on whether the Air Force could refurbish the current nuclear missiles instead of spending billions of dollars on a new set.

The military has argued that such an approach would not be cost-effective and would result in subpar weapons that could not effectively counter Russia and China. Many senators claim that relying on nuclear missile-equipped bombers and submarines would be enough to deter enemies from attack.

“If you don’t have intercontinental ballistic missiles … you are completely dependent on the submarine leg,” U.S. Strategic Command boss Adm. Charles Richard said last month. “I’ve already told the secretary of defense that under those conditions, I would request to re-alert the bombers.”

Regardless, the Pentagon has already argued that the Minuteman III is now too old to be realistically upgraded in a cost-effective way, while the Biden administration has, so far, indicated it is committed to retaining the nuclear triad. That said, it is still possible that a modernized ICBM may feature a reduced number of new missiles.

A change is evidently needed, as turning it off and on again appears ineffective.