When Presidents Vladimir Putin and Joe Biden meet in Geneva on Wednesday for their eagerly awaited summit, they will discuss a wide range of topics, including coronavirus, the war in Donbass, and the fight against cybercrime. 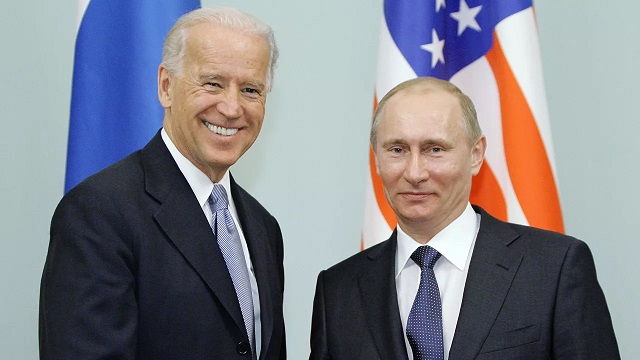 That’s according to Yury Ushakov, a Russian diplomat and long-time aide of Putin on foreign policy matters, who announced the plan for the summit on Tuesday. The two heads of state are due to meet at 1pm local time at Geneva’s grand and historic Villa La Grange.

The meeting will be the first encounter between the two presidents since Biden ascended to his post earlier this year. Alongside the two leaders will be their closest advisers, including US Secretary of State Antony Blinken and Russian Foreign Affairs Minister Sergey Lavrov.

According to Ushakov, the Russian delegation will also include Anatoly Antonov, the Russian ambassador to Washington, as well as Kremlin spokesman Dmitry Peskov, and Chief of General Staff Valery Gerasimov, among others.

They may also talk about jailed opposition figure Alexey Navalny and the closing of consulates in Russia and the US, Ushakov said.

The presidential aide also revealed that the summit will take place in three separate parts, with different sized delegations, and the two leaders may, at some point, step aside and have a one-to-one talk.

No decision has been made on holding a joint press conference of the Russian and US presidents after the summit, Ushakov said, noting that a final statement or agreement is yet to be confirmed. Both individual leaders will host their own press conferences, however.

“I have no confidence that any agreement will be reached,” Ushakov continued. “We’ll see, I don’t know. I look at this meeting with practical optimism, but not with much [of it].”