US President Joe Biden and Turkish President Recep Tayyip Erdogan held a meeting, which was categorized as “good”. 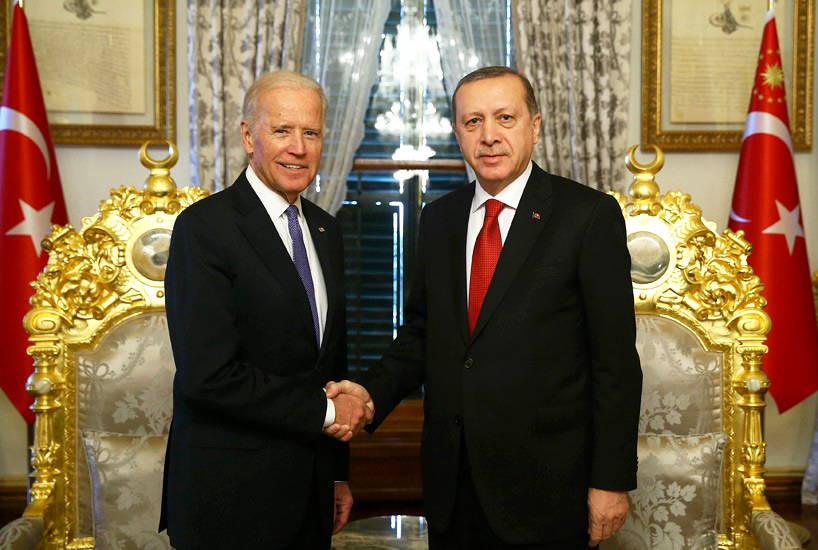 Both leaders confirmed their willingness to restore strained ties and increase cooperation.

“In our meeting with Mr. Biden, we constructively handled issues that we differ on as well as areas of cooperation. We agreed to keep Turkey-U.S. dialogue channels open just like how strategic partners and allies do,” President Recep Tayyip Erdoğan said after meeting Joe Biden in a closed-door meeting earlier in the day during the NATO summit in Brussels.

“We are going to increase our cooperation with the U.S. There is no problem between us that cannot be solved,” the president told a press conference.

“We believe that cooperation between the U.S. and Turkey will contribute to regional security,” he said.

Erdoğan also said that “a strong will” is evident for the beginning of an efficient period of cooperation in Turkey-U.S. relations, “based on mutual respect and interests in every field.”

For his part, Biden said the meeting with Erdoğan was “positive.”

“Our two countries have big agendas. Our teams will continue discussions and I’m confident we will make real progress between the U.S. and Turkey.”

Notably, Erdogan said that after the US and other NATO states failed in Afghanistan, the time had come for Ankara to take the wheel, and Washington could trust it to restore normality in the Central Asian country.

Erdogan suggested that Turkey could run Kabul airport after the departure of US forces by September 11th.

“The U.S.’ diplomatic, logistical and financial support is important in the case of a sustained Turkish presence in Afghanistan. We also conveyed to President Biden our desire to work alongside Pakistan and Hungary,” he said.

“We conveyed Turkey’s expectations and grievances to our counterparts,” Erdoğan also added with regards to the fight against terrorism.

“There should be no double standards in anti-terror efforts and it should be known that one terrorist group cannot be defeated with another,” Erdoğan added, pointing to U.S. support of the PKK terrorist group’s Syrian wing the YPG.

“Turkey is the only NATO country that fought against Daesh terror on the ground,” he said.

“In addition, YPG terrorists just killed 14 innocent civilians in their attacks against the Shifa Hospital in Idlib. This should tell (you) a story about the nature of PKK/YPG terrorists too.”

“Our expectation is that our allies cut their support to those terrorists,” he concluded.

The Russian S-400 system that Turkey purchased was not mentioned.

“I raised the issue of F-35s,” he added, signaling that he wanted Turkey admitted back into the program.

“I told him what joint steps we can take on the defense industry.”

The meeting followed Biden’s first in-person NATO summit, which he entered with a vow to reaffirm the United States’ commitment to a military alliance his predecessor viewed with disdain.

Biden focused on Russia and China and the cyber threats emanating from both countries during the summit. A final communiqué issued by the group highlighted the “threat” presented by Russia and the “challenges” posed by China following the meeting on Monday.

The NATO leaders also largely backed Biden’s decision to withdraw troops from Afghanistan, according to a senior administration official. The group agreed to provide “transitional funding” to keep the Kabul International Airport open, and Turkey — a NATO member state — committed to keeping troops in the country to safeguard the facility.