Explosives experts from the Russian armed forces destroyed an empty cave in the Syrian Governorate of Idlib this week, where the Turkish-backed forces established a field hospital. 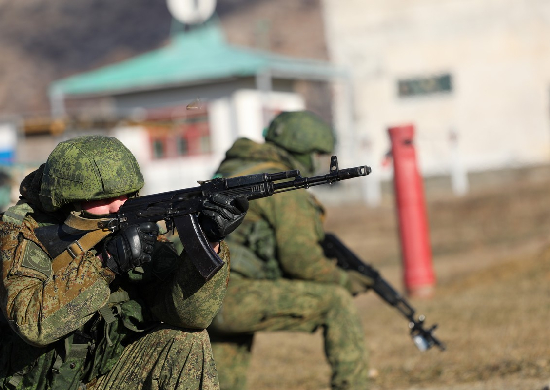 The commander of the Russian engineering forces, Colonel Roman Bismartni, said, “It is one of the most equipped places that our forces have found.”

He continued, “In this cave there was a modern hospital fully equipped to receive outpatients and carry out complex operations, and allowed to accommodate up to 100 people.”According to him, “the cave was equipped for two years by a relatively small, but very violent group, Jaysh Al-Izza, which is known for its extremism and its refusal to negotiate with both the Syrian authorities and other illegal armed groups.”

The Turkish-backed set up an artificial cave in the slope of a high hill, with several entrances facing a mountain valley, there are no large settlements nearby, and the cave is almost invisible from the air, and a high-voltage power line passes next to it, as this allowed the militants to keep the hospital site secret for a long time.

It should be noted that Jaysh Al-Izza was one of the most powerful groups from the Free Syrian Army (FSA) that operated along the Hama-Idlib axis; their headquarters was inside the key town of Kafr Zita in northern Hama.