UK Prime Minister Boris Johnson is expected to use the Queen’s Speech on May 11th to reveal a new foreign registration scheme for Great Britain. 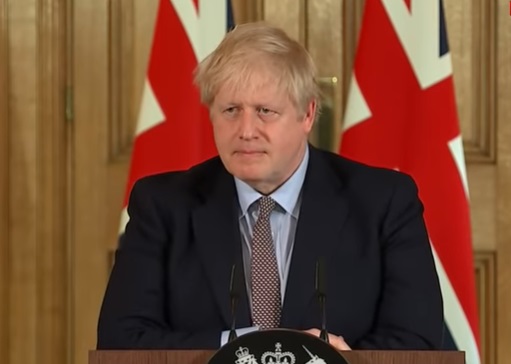 Essentially, Britain plans to force those working for foreign governments to sign a central register in a bid to counter hostile spy activity, the UK’s Home Office has confirmed.

“Foreign spies operating in Britain face being prosecuted and deported under new laws to protect the nation from hostile states such as China and Russia. Boris Johnson will use the Queen’s Speech on May 11 to announce a bill to counter hostile states, including a requirement for all individuals working on behalf of foreign governments in Britain to register their presence. Failure to do so would be a criminal offence. The government will also update the “archaic” Official Secrets Act so it can be used against individuals who try to undermine Britain’s interests from abroad, including cyberhackers working on behalf of hostile states. Johnson is determined to press ahead with the measures amid mounting concern over the activities of Russia and China,” the source reported.

The move is understood to be a follow-through on the Government’s response to the Intelligence and Security Committee’s (ISC) report in 2020 into allegations of Russian interference in British politics.

The source report said that other changes being prepared for May 11 would include an update to the Official Secrets Act so it can be used on state actors working from abroad, such as cyberhackers targeting Britain.

Following the alleged revelations that the British government was being subject to cyberattacks by hackers allegedly working for a foreign government, it said it would work with allies to “counter disinformation, as well as to bear down on illicit finance, combat influence operations, and fend off cyber-attacks”.

The British government also expressed support for the Czech authorities, who decided to expel 18 Russian diplomats, who are believed to be members of the Russian special services.

According to Czech Prime Minister Andrei Babis, the country’s authorities suspect employees of the Main Directorate of the General Staff (formerly the GRU) of involvement in the explosions at ammunition depots in 2014 in Vrbetica, which killed two people. The Russian Foreign Ministry called the accusations “far-fetched pretexts” and in response declared 20 Czech diplomats persona non grata.