Former pro-Kurdish Peoples’ Democratic Party (HDP) leader Selahattin Demirtaş, jailed since November 2016 called on the Turkish opposition to unite against rising oppression and moves to divide them, including a court case to ban his party. 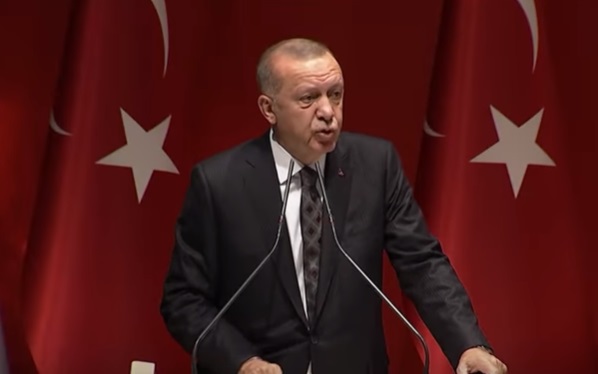 “All parties which want to fight side-by-side for democracy must come together,” Demirtaş said from Edirne prison in northwest Turkey.

According to Reuters report, Demirtaş claimed that the opposition of the ruling AK Rarty should form an alliance based on common democratic principles. This move is necessary today and should not be postponed until the elections in 2023.

Demirtaş claimed that he is well and in a good morale, and that his supporters and allies, who were turned into political hostages, are proud, since their oppressors are in shame and distress.

The HDP is accused by Ankara of links to PKK militants, who have been waging an insurgency in southeast Turkey that is mainly a Kurdish region.
HDP has been facing oppression for many years, while thousands of its members have been sentenced and its lawmakers and mayors were unseated.

Last month, Demirtaş was sentenced for insulting the president, since the main case on terrorism-related charges against him is ongoing. He was targeted with accusations of fomenting violent protests in Turkey triggered by an Islamic State attack on the Syrian town of Kobani in 2014. Demirtaş denies such accusations. He faces up to 142 years in prison if convicted.

There were numerous calls for his release from European countries, which have lead to no result. The European Court of Human Rights (ECHR) released a statement that his imprisonment is cover for limiting pluralism and debate in Turkey.
“The pressure, oppression and destruction is increasing each day. So, without waiting for an election, an actual democracy alliance from today would be very meaningful and valuable,” Demirtaş told the source.

However, the local elections in 2019 have already unveiled that the cooperation between Turkish opposition parties is not stable enough, given the diverse secularist, nationalist and pro-Kurdish elements within it.Meanwhile, the PKK remains active all over Turkey.

According to the reports by Anadolu news agency, on April 6, security forces arrested at least eight suspects  over alleged links to the PKK in Istanbul. A large number of weapons, documents, and digital materials were reportedly seized during the operations. One alleged PKK member is still on the wanted list.

The simultaneous operations were conducted in five districts of the province. According to the police reports, several months before, the information about 9 suspects was unveiled after another anti-terror operation by Turkish police.