Last year, stressors typically challenging military personnel were augmented by the fallout from the COVID-19 pandemic, said the US Defense Department, adding it necessitated some changes in the mental health services offered. 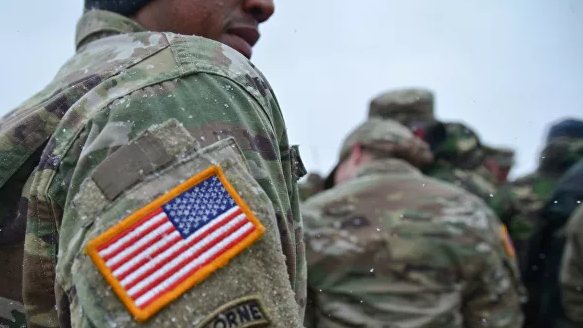 The US Defense Secretary, Lloyd Austin, has voiced concern regarding the surge in suicides among US troops.

"I'm deeply concerned about the suicide rates, not only here but across the force. One loss by suicide is too many. While we're working hard on this problem, we have a lot more to do," he said during a press conference at Eielson Air Force Base in Alaska.

Austin spoke after a briefing from leaders about the spike in suicides among service members stationed in Alaska, where at least six soldiers have died by probable suicide since 30 December.

The Department of Defense (DOD) chief underscored that addressing the issue necessitated reducing the “stigma” associated with seeking help for mental health issues.

"Mental health is health, period," said Austin, according to whom the suicide issue ought to be handled with “compassion and professionalism”, as in the case of any other health issue.

"So, if you're hurting, there are resources available. And I know that our leaders here are committed to making those resources even more accessible and available," Austin said.

According to the Pentagon, stress factors typically associated with life in the military have been heightened by the challenges of the coronavirus pandemic.

I had a great meeting with @SenDanSullivan and local leaders at Fort Wainwright this morning. We had a robust discussion about Alaska’s critical importance to our national security. pic.twitter.com/yP2XYhDj7E

In Alaska, where Austin spoke, US troops have to battle harsh weather conditions, geographic and social isolation, as well as the typical training and deployment trials. Furthermore, soldiers are reported to suffer from sleep disorders and issues of alcohol abuse.

During an earlier visit to Alaska’s Fort Wainwright army base, Pentagon officials, including the army secretary, Ryan McCarthy, vowed significant changes aimed at boosting soldiers’ quality of life, such as improving barracks, dining and gym facilities. They also spoke of making “longer-term investments”.

To tackle the issue of excessive alcohol consumption, in January, US military commanders ordered that sale hours be curbed on Alaskan air bases.

“Several scientific studies reviewed by the National Institutes of Health have concluded that restricting the hours when alcohol may be sold is an effective strategy for reducing excessive alcohol consumption and related harms,” said joint base Elmendorf-Richardson in a Facebook post.

Furthermore, army officials have underscored the need for improving mental health accessibility on bases. Thus, in February, a command team from a Hawaiian airbase visited Fort Wainwright after two incidents of suicide there to hold sessions for troops, allowing an opportunity for service members to openly discuss issues of mental health.