A Ukrainian plane sent to evacuate citizens from from Afghanistan, following the Taliban’s control of key cities including the capital Kabul, was allegedly kidnapped and taken to Iran. 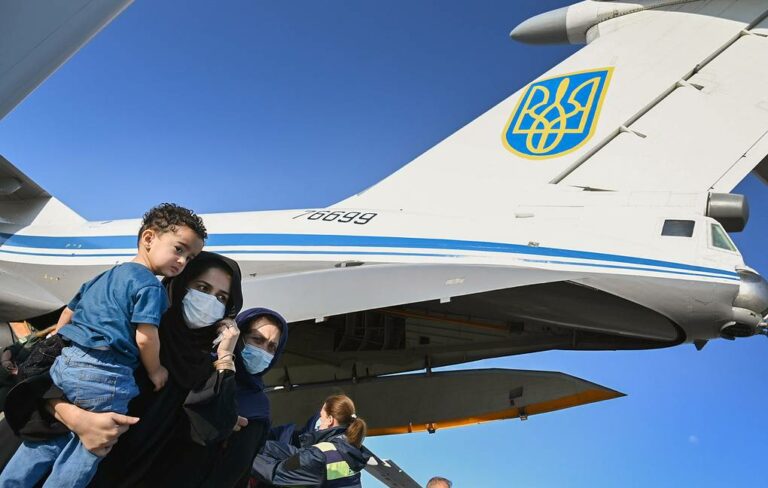 This was claimed by Deputy Minister of Foreign Affairs in Ukraine Yevgheniy Yenin.

Armed hijackers seized the plane on August 22nd and on August 24th, it flew to Iran with an unknown group on board, “instead of evacuating the Ukrainians,” Russian news agency reported according to the Ukrainian official.

“Last Sunday, our plane was hijacked by other people. On Tuesday, the plane was practically stolen from us, it flew into Iran with an unidentified group of passengers onboard instead of airlifting Ukrainians. Our next three evacuation attempts were also not successful because our people could not get into the airport,” Yenin said.

According to him, the hijackers were armed.

However, the deputy minister did not report anything about what happened to the plane or whether Kiev would seek to get it back or how the Ukrainian citizens got back from Kabul, onboard of this “practically stolen” plane or another one sent by Kiev.

Yenin only underlined that the whole diplomatic service headed by Foreign Minister Dmitry Kuleba “had been working in the crash test mode” the whole week.

A military transport plane with 83 people onboard, including 31 Ukrainians, arrived from Afghanistan to Kiev.

The presidential office reported that 12 Ukrainian military personnel returned home, while foreign reporters and public figures who requested help were also evacuated. The office also added that around 100 Ukrainians are still expecting evacuating in Afghanistan.

After the administration of US President Joe Biden had announced the end of Washington’s 20-year-long military operation in Afghanistan and embarked on launching its troop pullout, the Taliban went on an offensive against Afghan government forces.

On August 15, Taliban fighters swept into Kabul without encountering any resistance, and gained full control over the Afghan capital within a few hours.

Afghanistan’s President Ashraf Ghani said he had stepped down to prevent any bloodshed and subsequently fled the country. Vice President Amrullah Saleh said that under the constitution, he would become “the caretaker president” in the absence of the president and called for armed resistance against the Taliban. At present, Western nations are evacuating their citizens and embassy staff.