A day before Iran goes to the polls to elect its president, who will remain in power for eight years, the race narrowed as yet another candidate, the deputy speaker of the country's parliament Amir Hussein Ghazizadeh Hashemi, dropped from the battle for the top position on Wednesday. 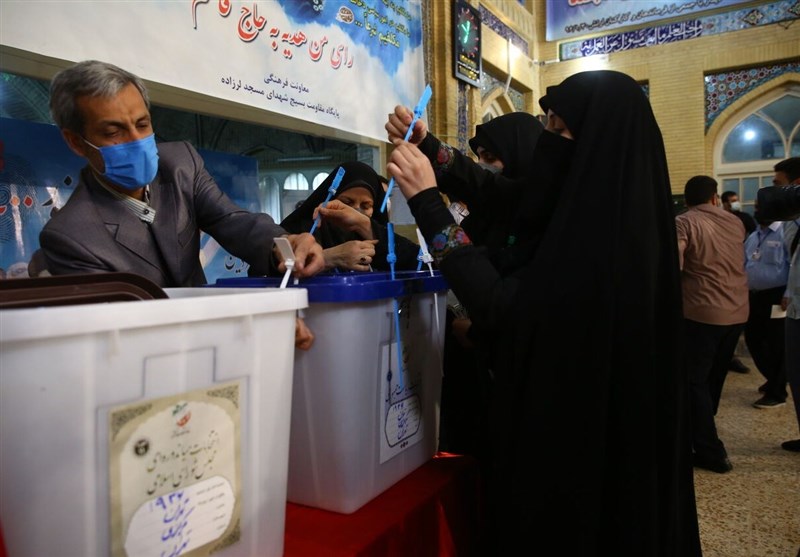 Iranians took to the polls earlier on Friday with two contenders running in the race for the Islamic Republic's top elected office. One of them is the moderate former central bank chief Abdolnasser Hemmati. The second is Ebrahim Raisi, Iran's current Chief Justice, who according to projections is set to win that battle.

The conservative Raisi has served Iran for years and has filled a number of important positions. Back in the eighties and nineties he was Iran's deputy prosecutor and then prosecutor.

It was during those times that he was allegedly involved in the execution of nearly 5,000 prisoners, who dared to object to the policies of the Islamic Republic.

He then served as deputy chief justice and as attorney general before he assumed his current post as Chief Justice of Iran, a position he was slammed for primarily because of the multiple allegations of human rights abuses and the repression of dissidents.

Now, many are worried that if he ends up winning the race, the repression will only get worse.

Change is nowhere near

In Israel, authorities are also watching the developments in Iran with great interest. For them, whoever comes to power in Tehran is an indication of the route the Islamic Republic will be taking on matters pertaining to its nuclear programme, which the Jewish state views as the prime threat to its security.

But Dr. Raz Zimmt, a research fellow at Israel's Institute for National Security Studies and one of the leading experts on Iran, says the election of Raisi will not change much for Iran, the Jewish state, the region or the world.

"Most responsibilities in Iran belong to the Supreme Leader [Ayatollah Ali Khamenei - ed.], so the President, even if a more pragmatic one is elected, will not be able to change much".

Iran has witnessed that in the past eight years, during the tenure of current President Hassan Rouhani, believed to be a rather reformist politician.

Internationally, his name has been associated with attempts to solve Tehran's nuclear issue and rescue the economy from the suffocating impact of Western sanctions. In domestic affairs, he has been linked to the attempts to allow civilian freedoms. But those efforts have been largely unfruitful due to the fierce opposition of the conservative establishment. And with Raisi in power, that hardline approach is only expected to grow.

"Domestically, we might see even more repression. Raisi's approach is similar to that of Khamenei and that means that we will not see a change in the status quo when it comes to social media or civil society."

Nor will there be a change in Iran's foreign policy, especially vis-a-vis the attitude towards the US and the West or around its nuclear ambitions and ballistic missile system, believes the expert. And this means that Tehran's atomic programme will go on, despite the various reservations of the international community.

In the West, Israel and the Gulf, some are concerned that Iran is developing weapons of mass destruction under the pretext of a civilian nuclear programme, allegations that Iran has repeatedly denied.

Western powers, including the US, are currently leading a series of negotiations with Iran in Vienna, with the aim to resume the Joint Comprehensive Plan of Action that Washington left unilaterally in 2018 and that would allow the West to supervise Tehran's nuclear programme in exchange for the lifting of sanctions.

An Opportunity for Israel?

If Raisi comes to power, Zimmt warns that those negotiations could become even more challenging, given his hardline approach on the issue.

"For Raisi, the top priority is to steer the country through its economic crisis. But his approach is different than that of Rouhani. Whereas the current President wanted to remove Western sanctions through expanding Iran's relations with Europe, Russia and China, Raisi will avoid pushing the country towards the West and is likely to encourage domestic industry instead."

For the West, such an Iranian approach could mean that its relations with the Islamic Republic could go back to square one. But for Israel, says Zimmt, that stance of Raisi could present an opportunity.

"If Raisi comes to power, it might be easier for Israel to mobilise the international community against Iran, just as it was during the tenure of President Mahmoud Ahmadinejad. But if the nuclear deal is reached, the amount of pressure applied will be significantly lower than what we saw back then."