The Russian Ministry of Defense confirmed that the armed organizations in Idlib continued their violations of the ceasefire agreement, in addition to their preparations to stage a use of chemical weapons. 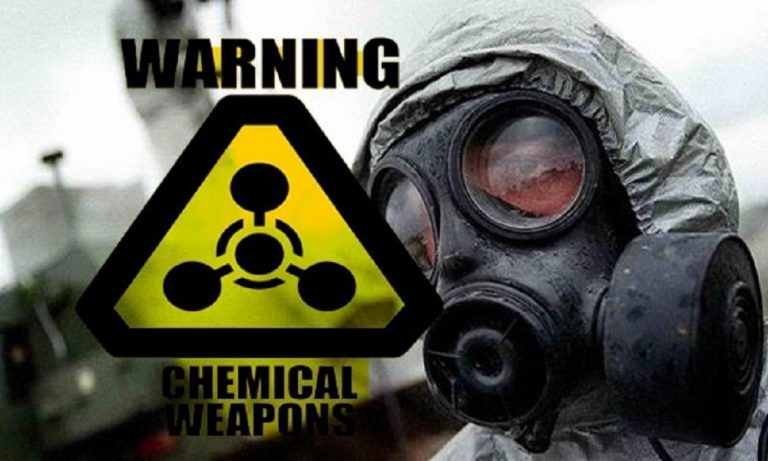 The deputy head of the Russian Coordination Center in “Hmeimim”, Major General Vadim Kolet, said in an official statement that the militants of Jabhat al-Nusra and its allies, during the past 24 hours, had carried out 37 violations of the armistice in 4 Syrian governorates.

Kolet explained that the militants targeted Idlib, which witnessed 19 breaches, in addition to 10 breaches in Latakia, 2 in Aleppo, and 6 in Hama.

On the other hand, the Russian Center confirmed that the militants were preparing to carry out chemical attacks in order to accuse the Syrian army of carrying them out, which the armed groups had previously repeated during the years of war, in cooperation with the “White Helmets” group, under the guidance of the Turkish and American forces and some other Western countries, in order to blame the Syrian army and put more pressure on Damascus.

Yesterday, the Syrian Foreign Ministry issued a statement in which it said that “Al-Nusra” militants had brought tanks with “toxic chlorine” from Turkey through the “Bab Al-Hawa” corridor and transferred them to Idlib, noting that there is a chemical manufacturing plant used to manufacture the chlorine gas in the Atma town. Al-Nusra is preparing to fill the shells with chlorine and use them against civilians in Idlib countryside to accuse the Syrian army.

The Syrian Foreign Ministry also indicated that what the armed groups of various names are doing is carried out under the guidance of the United States, Western countries and Turkish intelligence, calling to hold those countries responsible for using toxic materials and killing innocent civilians. The Foreign Ministry called on the Organization for the Prohibition of Chemical Weapons not to ignore information about the preparations and to take them very seriously.