Portugal's former prime minister Jose Socrates will be the country's first head of government to stand trial, having been indicted for money laundering and forgery of documents, according to a decision by Judge Ivo Rosa on Friday. 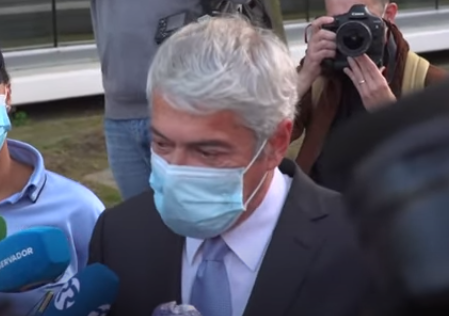 Socrates, who served as prime minister between 2005 and 2011, was accused in 2017 of 31 crimes of passive corruption, money laundering, forgery of documents, and tax fraud, in a process that has lasted seven years.

He was arrested at Lisbon Airport in 2014 in Portugal's biggest-ever corruption investigation, codenamed Operation Marquis.

Prosecutors alleged that Socrates received around 34 million euros (40.5 million dollars) between 2005 and 2015 from companies.

Prime Minister Antonio Costa on Friday declined to comment on the lawsuit involving Socrates, whom he has always called a "friend."

"I had the opportunity to answer this question six years ago. And I still have nothing to add to what I said," he said in a quick statement to the press.

In 2014 Costa visited Socrates in prison and stated that he hoped that "justice would work, ensuring the presumption of innocence," the prosecution's investigations, and "the right for people to defend themselves."

The Portuguese Public Prosecutor's Office has already announced that it will appeal Judge Ivo Rosa's decision to uphold the corruption charges against Socrates.