Hostilities between Israel and Hamas-controlled Gaza have resumed with a vengeance, with Tel Aviv firing a flurry of missiles into the enclave in response to “arson balloons” as tensions flare up under the new Israeli government. 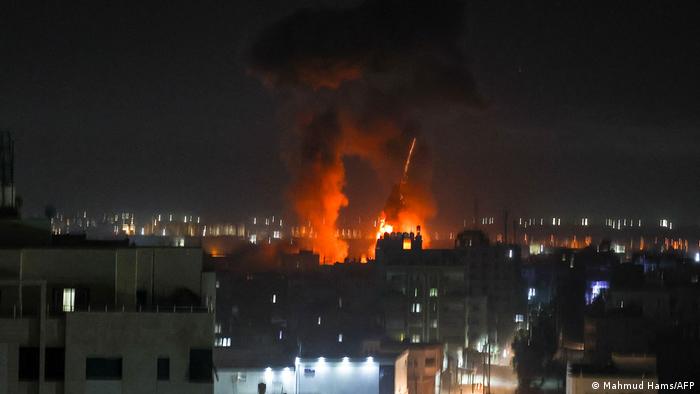 The Israel Defense Forces (IDF) said they targeted a “military compound and a rocket launch site” allegedly operated by Hamas, which governs Gaza. The strikes were carried out Thursday night in retaliation to incendiary balloons launched from Gaza, the IDF said.

In response to arson balloons launched from Gaza into Israel, we struck military compounds and a rocket launch site belonging to Hamas in Gaza.

The IDF has increased its readiness for various scenarios & will continue to strike Hamas terror targets in Gaza. pic.twitter.com/awnCMTcSD9

The missiles reportedly hit the city of Khan Yunis in southern Gaza, which became the target of Israeli raids for the second day in a row, as well as the town of Beit Lahia, north of Gaza city.

Eight fires, including seven in the Eshkol region and one in a field near Shaar Hanegev, were sparked by the balloons on Thursday, following four on Wednesday, Israeli media reported.

Shortly after Israel bombed out the alleged Hamas sites, sirens sounded in the Kfar Aza kibbutz in southern Israel, with the IDF claiming the alerts were triggered by “incoming fire, not rockets.”

CCTV footage emerged purporting to show the moment a barrage of machine gun fire was directed towards the community.

CCTV footage from Netiv Haasara shows the machine gun fire from Gaza that apparently set off the Red Alert in Kfar Aza pic.twitter.com/Fc2yMFLffR

The eruption of violence followed a controversial ‘Flag March’ through Jerusalem earlier this week, organized by Israeli nationalist groups to commemorate Tel Aviv’s victory in the 1967 Six Day War, when it captured East Jerusalem.

Initially scheduled for May, the event was postponed as tensions gave way to fighting in Gaza at the tail end of the Ramadan holiday, which lasted for 11 days. Though the route of the march was ultimately redirected in an effort to avoid clashes, skirmishes in Jerusalem and elsewhere broke out regardless, seeing several injuries and more than a dozen Palestinians arrested.

Thursday’s strikes mark the second flare-up since the last Israel-Gaza ceasefire, brokered by Egypt last month on the heels of a bloody war that killed more than 250 Palestinians and 13 in Israel. It is also the first military operation carried out under a new Israeli coalition government, which took the reins from long-time PM Benjamin Netanyahu on Sunday.