The Taliban seized power in Afghanistan on 15 August, when they captured the capital Kabul without a fight following a months-long offensive. The militants voiced a desire to have friendly relations with all countries, stressing that the Taliban "must be recognised" by the international community. 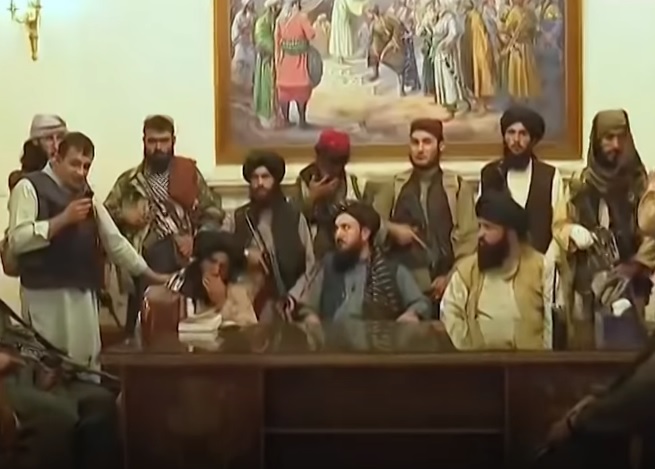 In an interview with Sky News published on Monday, Taliban spokesperson Suhail Shaheen focused on a number of pressing issues, including the US troop withdrawal, evacuation of Afghans, and women's rights.

With time already ticking for the American military pullout deadline, Shaheen warned of serious repercussions from any possible extension.

"It's a red line. [US] President [Joe] Biden announced that on 31 August they would withdraw all their military forces. So if they extend it that means they are extending occupation while there is no need for that", the Taliban spokesman said.

He stressed that the militant group would say "no" if the US or the UK "seek additional time to continue evacuations or there would be consequences".

According to the spokesperson: "It [the extension of the troop exit deadline] will create mistrust between us. If they are intent on continuing the occupation it will provoke a reaction".

Earlier, The Telegraph reported that during a G7 meeting on Tuesday, British Prime Minister Boris Johnson will push Biden to delay the withdrawal of US forces from Afghanistan.

The newspaper claimed that UK ministers have been pressing the US privately for days to consider postponing the troop pullout in order to ease pressure on the Kabul Airport. Biden, for his part, told reporters that discussions were underway with American military officials about possibly extending the Afghanistan evacuation mission beyond the 31 August deadline.

When asked about why Afghans are doing their best to leave their country now that the Taliban has come to power there, Shaheen said "it is not about being worried or scared".

Touching upon footage allegedly showing the Taliban's attempts to clamp down on ordinary people and former government workers, the spokesman rejected it as "all fake news", adding, "I can assure you there are many reports by our opponents claiming what is not based on realities".

Women will lose nothing under Taliban, spokesman says

Separately, Shaheen touched upon women's rights, insisting that "they will lose nothing" under the Taliban.

"Only if they have no hijab, they will have a hijab […] women are required to have the same rights as you have in your country but with a hijab", he said.

According to him, female teachers and journalists have resumed working in Afghanistan, saying they've "lost nothing".

Media reports previously said that many Afghan women are afraid of returning to work or have been ordered to stay at home.

The source cited Afghan judge and activist Najla Ayoubi as saying that Taliban fighters recently set a woman on fire for "bad cooking".

Shaheen emphasised that there's no point in thinking about the past when asked what the Taliban would say to the families of those who gave their lives trying to support Afghanistan.

"They occupied our country. If we occupy your country. What you will say to me? What if I killed your people in your country what you will say? I think all people suffered a lot. Bloodshed. Destruction. Everything. But we say the past is the past. Part of our past history. Now we want to focus on the future", he stated.

The Taliban entered Kabul on 15 August following a months-long offensive, prompting the civilian government to collapse.

President Ashraf Ghani left Afghanistan for the United Arab Emirates in order to prevent what he described as bloodshed if the militants stormed the city.

The chief of the political office of the Taliban, Abdul Ghani Baradar, will reportedly announce the decision concerning the structure of the future Afghan government over the next two weeks.