Orthodox Epiphany comes twelve days after Christmas, with many taking a traditional plunge into the freezing water of lakes or rivers to mark the holiday. 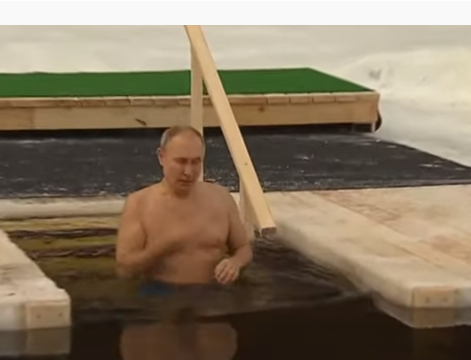 Russian President Vladimir Putin has partaken in this year's Orthodox Epiphany to mark the baptism of Jesus Christ, said his spokesman Dmitry Peskov.

"I've been asked by many if Putin participated in an Epiphany dunk. You know that he traditionally does so, it's his tradition. He stays loyal to traditions", Peskov noted to journalists.

Orthodox Christians celebrate the feast of the Epiphany on 19 January, with many stripping down and dunking themselves three times in freezing water at special bathing locations to mark the occasion, which closely follows Orthodox Christmas on 7 January.