The consequences of Canberra’s unconditional alignment with Washington in the cold war against Beijing are becoming clear. How long can Australia afford to be overtly hostile towards China, its biggest benefactor? 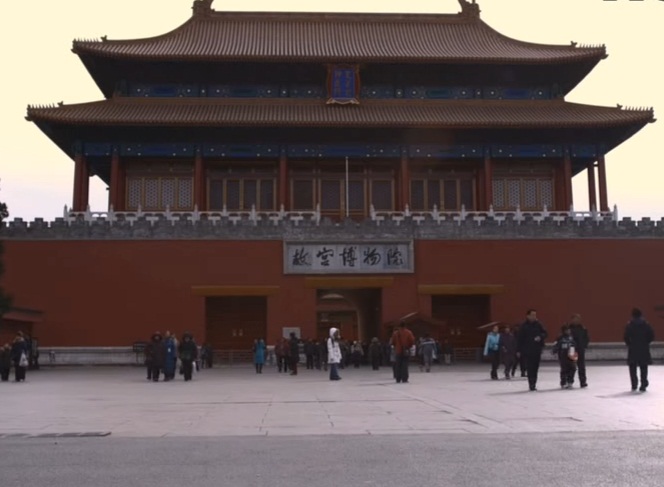 A recent study by the Australian National University found that Chinese investment in the country fell by more than 60 percent in 2020.

The report states that the drop goes beyond declining global investment – which was exacerbated by the Covid-19 pandemic – and followed a 47 percent slump in 2019.These significant falls are attributable to rising political tensions between the countries, with Canberra having fanned hysteria about the scale of Chinese influence in the country, positioned itself as a loyalist to US foreign policy and taken moves to block multiple investments.

This enmity reached a boiling point last year, with Beijing placing tariffs and bans on a number of Australian exports including wine, coal, barley, and lobsters.

At the same time as the news of the drop in investment emerged, China announced that its official GDP enjoyed sustained growth throughout 2020, avoiding the problems caused by Covid-19 that beset other major economies around the world.

With China’s economy already 70 percent of the size of America’s, it is forecast to become the world’s largest in seven years’ time. It makes no secret of its ambition to power ahead, with the Communist Party having announced a mega infrastructure scheme intended to double its economy by 2035, by constructing hundreds of new airports and a high-speed rail network spanning 200,000km.

So, where does all this leave Australia? Although attached to a region of prolific growth that is undeniably much better off than Europe, Canberra has nonetheless made bad strategic choices under Prime Minister Scott Morrison and is paying the price for it.

It has staked everything on absolute alignment with the US and put itself on a collision course with the dominant economic power of the Asia-Pacific region, treating it as a de facto adversary. While Australia repeatedly depicts itself as a victim in its confrontations with Beijing, China now sees it as a hostile country with significant risk, and, subsequently, it is bleeding on all fronts – trade, investment and education.

To fully understand Australia’s position, it is important to recognise its place in the world. Although geographically it spans an entire continent, when it comes to population size, it is, in fact, a small country with fewer people than China’s largest city of Shanghai. Moreover, it is surrounded by countries with far, far larger populations, discounting China itself. Neighbouring Indonesia has around 270 million people – 10 times as many as Australia – for starters.

This makes Australia more strategically insecure than it actually appears, and, combined with an Anglophone identity and British legacy, has created a foreign policy outlook which places maximum strategic dependency on the US. History has also contributed to this. In World War II, the British Empire was largely overrun in the Pacific by the Empire of Japan and, ultimately, only the US was capable of sustaining Australia’s independence, which subsequently saw America displace Britain as the Pacific power thereafter.

This security arrangement has seen Australia side with the US in every major conflict and foreign policy stance since, even more so than Britain itself (consider, for example, the Vietnam War). The rise of China presents a new challenge, because it cuts across Australia’s interests like never before.

Australia’s geography has allowed it to thrive immensely from China’s economic trajectory, especially in sectors such as mining, making it Canberra’s largest export market and a crucial source of foreign investment. However, China’s ascent has also fostered the belief that Beijing now serves to challenge the international order led by the US, on whose mast Australia has for decades long pinned its colours.

Irrespective of this, Canberra is not handling its position well. The Morrison government, the media and assorted think tanks have not sought balance and calibration between what might be described as Australia’s own strategic autonomy and economic prosperity.

Instead, they’ve opted for a full throttle anti-China policy and maximum loyalty to the US, which has undermined the foundations of the country’s prosperity. And Australia has happily played the victim when the consequences of these actions have rolled in one by one.

And what exactly are those consequences? Well, the trade embargos China has implemented across the board are extremely unhelpful. Pledges to find someone else to export to are almost always the counter-argument, but this glosses over the reality that no other country on earth has the spending power of a consumer market of 1.4 billion people. The Australian wine company, Treasury Wine Estates, for example, has been forced to divest some aspects of its business in response to Chinese tariffs, with profits crashing 43 percent. The price of Australian lobsters has also dropped from $100 to $30 AUD per kilo, with China having accounted for 95 percent of exports. And farmers have warned the trade spat with China will cost them $37 billion.

But that’s not all. Rumours are now escalating that China is openly encouraging a boycott of Australian universities – a significant move, given it is estimated Chinese students contributed $10.5billion to the Australian economy between 2019 and 2020.

This reliance on international students is exacerbated by the country’s own small population. Now, however, Chinese authorities are citing racism and outright political hostility as reasons to stay away, and urging risk assessments. This is a ticking time bomb for academic institutions, especially as the Australian government has also implemented cuts in education spending in favour of investment in the military. And that little irony expresses the problem in a nutshell.

In conclusion, Australia is now suffering because it has made the decision to pivot itself towards being a strategic adversary of the regional hegemon, which also happens to represent its primary benefactor. China’s rise facilitated Australia’s own boom in the early 2000s which saw its average income increase more than threefold. But now, on the preference of loyalty to Washington, it finds itself increasingly isolated and estranged from an economy that will soon be the world’s largest.

Nobody denies Australia the right to hold its own strategically and negotiate from a position of strength. But to see so many sectors now placed on the brink and investment tanking because of excessive hostility towards Beijing? That isn’t strategy, nor is it prudence. That’s failure.

U.S. failing behind China and Russia in terms of nuclear arsenal