Police searches are being carried out at the Moscow home of Russian opposition figure Alexey Navalny, and at a studio where he films videos for his YouTube channel, associates of the imprisoned activist reported on Wednesday. 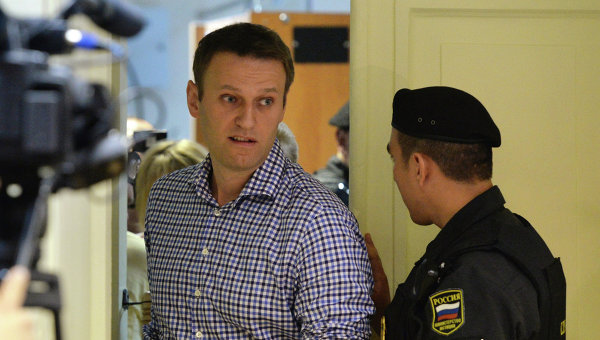 Writing on Twitter, Ivan Zhdanov, director of Navalny's FBK (Anti-Corruption fund) said “In Maryino [a district of south-east Moscow], they came to the apartment of Alexei Navalny with a search warrant. There are many 'heavies,' in masks."

"They started breaking down the door," he continued. "In the apartment is Oleg Navalny [Alexey's brother]."

Alexey Navalny and his wife, Yulia, live in a rented flat in another part of Moscow (Avtozavodskaya). At that location, police apparently broke down the door to gain entry.

The activist himself is being held at the Matrosskaya Tishina pre-trial detention center in the capital because of his violation of the terms of a probation period handed to him in a fraud case involving French cosmetics firm Yves Rocher.

According to the anonymous telegram channel Baza, investigators plan to conduct widespread searches involving numerous FBK representatives. Zhdanov believes his colleagues may be charged with violations of measures to contain the Covid-19 pandemic. Authorities say that 19 people infected with coronavirus came to a rally last weekend in central Moscow organized by Navalny's team, in contravention of rules restricting large public events.

The Navalny's lawyer Veronika Polyakova added that a search also took place in the apartment of Alexey's  press secretary Kira Yarmysh. In order to facilitate the process, she was brought from the special detention center, where she has been remanded in custody since last week, for calling on people to participate in illegal protests, to her apartment on Leningradsky Prospekt, in the city.

Unauthorized protests supporting Navalny took place in almost 200 Russian cities on Saturday, with crowds varying from around 22,000 in Moscow to about 4,000 in Saint Petersburg, and much smaller numbers in regional centers. More than 3,700 people were detained throughout the country, according to opposition monitors, with most quickly released.

Moscow media outlets report that law enforcement officers eventually breached the door of the apartment, where Navalny's wife Yulia was at home. Searches also began in the 'Navalny Live' Studio, according to FBK lawyer Lyubov Sobol. Offices belonging to the FBK were also targeted, along with the residence of Navalny's main Moscow coordinator, Oleg Stepanov.